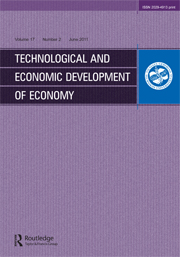 Summary/Abstract: The article discusses the extent of hidden employment in Lithuania and its dynamics tendencies, different methodologies used for the assessment of this phenomenon are reviewed and the problems this assessment faces are discussed. Because the estimation of hidden employment extent is very complicated and multiple problem the article is based on various data sources and on the methodology of statistical researches. The article widely presents the results of survey of Statistics Lithuania and it's acummulated experience, various methodological problems of hidden employment estimation are disscused. Employed in the unofficial labour market population dynamics tendencies are estimated based on prepared methodology of calculation by the Institute of Labour and Social Research scientists). According to calculations made by authors, hidden employment in Lithuania kept growing fast and reached the maximum value of 380 thousand till 1994. Later (in 1995–2001) it declined substantially to 230 thousand. 2002–2004 were the year of temporal stabilization (with a number of 210 thousand illegally employed), after which a period of sudden fall took place (down to 120 thousand in 2008). Despite this, the favorable conditions for hidden employment growth were formed in 2009, while in the threat of the economic crisis the country experienced an especially deep recession. Increased taxes and unemployment, made the favorable conditions for shadow business.