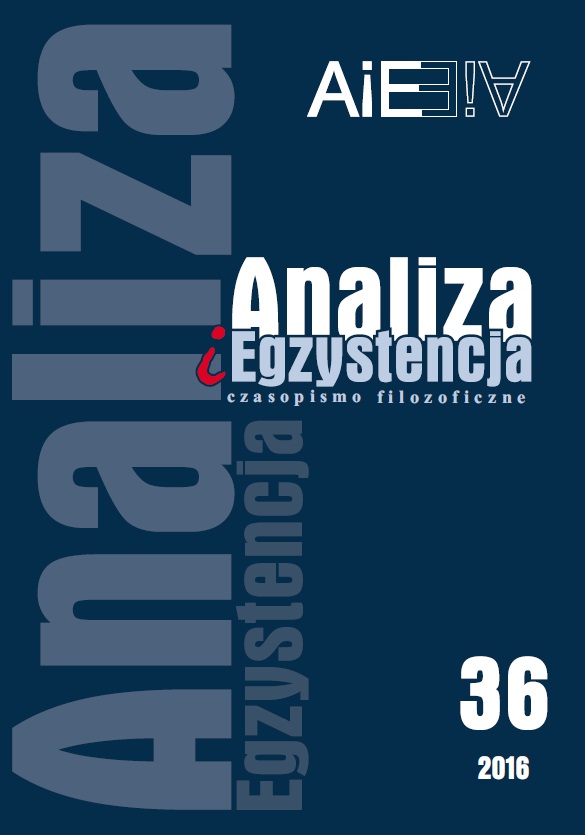 Summary/Abstract: The starting point for consideration is to put the Emmanuel Levinas’s philosophy into question whether the status of “absolute Otherness” may also belong to the Other other than man. On the basis of the thought of Levinas it receives a negative response and it is because of his involvement in the so-called anthropological machine (which he shares with Martin Heidegger and some other critics of metaphysics). But it is, however, possible to open the (broadly defined) phenomenological ethical thought drew on the achievements of Levinas to the question of the animal. This attempt might be centered around the proposals of Jacques Derrida, the author of the essay The Animal That Therefore I Am (More To Follow), where he spoke about the singularity of each animal, the problematic status of border between man and animal, and the being-with animals as a full-fledged modality of being. This is a provocative thought which asks us about our attitude to such issues as “responsibility” and “responsiveness”, “carno-phallogocentrism”, or the status of non-human animals. Derrida’s thought is here very close to some kind of phenomenological language, but it is rather the phenomenology of the otherness than the phenomenology of intentional subject. The same phenomenology that we find in Bernhard Waldenfels’s or John D. Caputo’s writing.