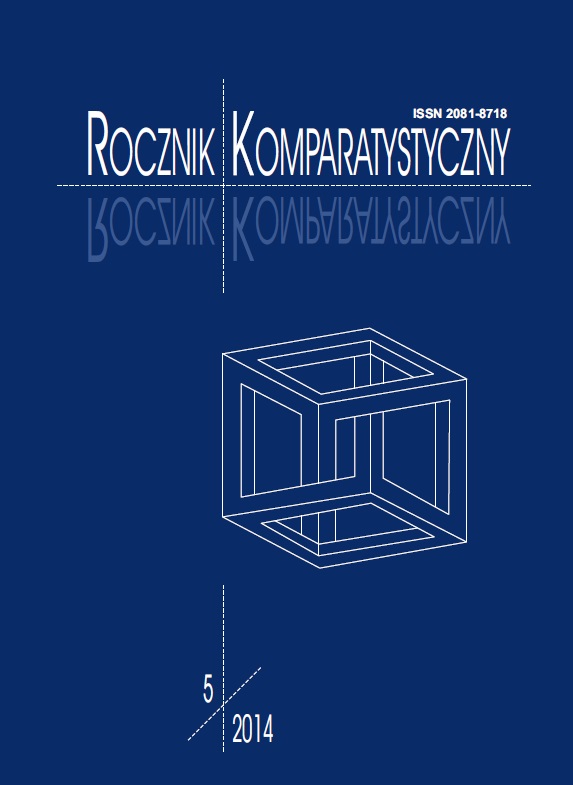 Summary/Abstract: The present paper offers a comparative analysis of the Norwegian translation of a poem called Campo di Fiori (1943), written by Czesław Miłosz. The study focuses on how certain themes and poetic elements, selected from the author’s individual aesthetics, are understood and realised in a different culture. The text which constitutes the research material comes from so far the only existing Norwegian anthology of poems written by Miłosz, I løsildens æra (1981), translated by Paal Brekke. Due to the strongly differentiated cultural factors, the historical and literary background and the translator figure, which are essential for the comparison of the two poems, the author of the paper finds it necessary to apply a comparative approach. The analysis is basically focused on various contexts, i.e. elements which simultaneously form a complete aesthetics of Miłosz and Brekke. Moreover, the paper discusses the general idea of I løsildens æra anthology and points out the main issues combined with the reception of Miłosz’s poetry in Denmark and Norway. Focusing on the different contexts surrounding the texts analysed, the author has managed to accentuate the two individual aesthetics in the original poem and its translation. As it turns out, Brekke’s translation is close to the principia of modernistic poetry. It brings the dialogical element into the Norwegian version, and that is conditioned by the perception of the role of poetry and the poet in the Norwegian modernism. The paper’s conclusion is that Brekke’s individual aesthetics is laid upon Miłosz’s poem, changing the characteristic features of the original text.