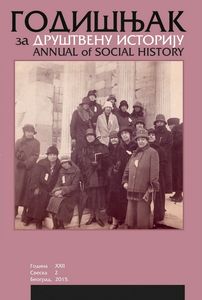 Summary/Abstract: The organized emigration to Israel was the most significant demographic changed, apart from the tragic losses suffered during the Holocaust, afflicting the Jewish community of Yugoslavia. This paper focuses on the diverse statistical aspects of the organized emigration, in an attempt to define the primary quantitative and qualitative consequences of this process. The results of our research show that approximately 62% of the Jews living in post World War Two Yugoslavia left for Israel between 1948 and 1952. Within the migration movement, the Jewish communities of individual Jewish states and cities were represented in accordance to their size. Serbia and the Jewish community of Belgrade were the origin of the better part of migrants leaving the country for Israel, with Croatia (Zagreb) and Bosnia (Sarajevo) following. As the migration movement progressed, the number of participants diminished, as the community left in Yugoslavia was ever smaller. This, however, did not lead to later migration waves loosing their significance, as the participants still were a significant part of the Yugoslav Jewish community. The internal structure of the migration movement for the most part mirrored that of the Jewish community in post-war Yugoslavia. In respect to citizenship, gender and age structure, as well as professional orientation the migrants can be considered representative of Jewish community in Yugoslavia in general, as well as the part of that did not move to Israel.