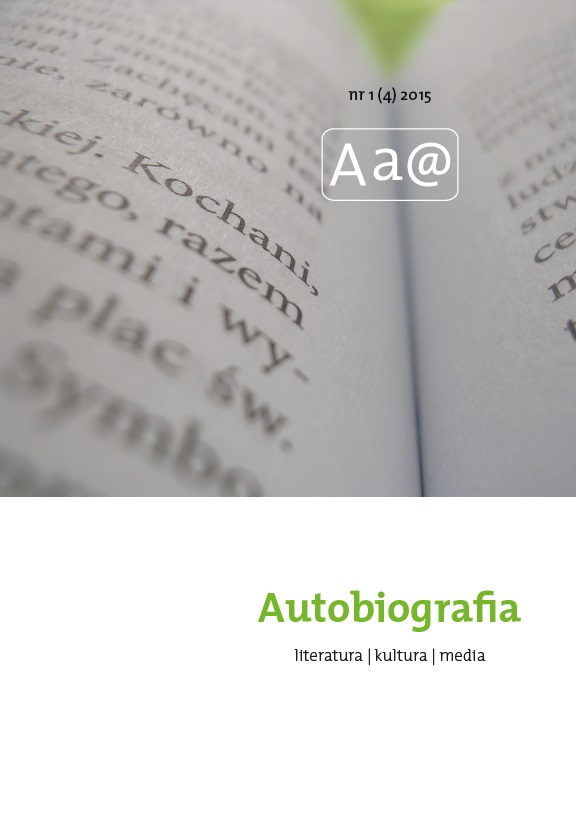 Summary/Abstract: The author analyses one of the intimate diaries from concentration camps written by AbrahamKajzer, who was a prisoner of KL Auschwitz-Birkenau and AL Riese (which was a part of KL Gross-Rosen on Lower Silesia). In article is uses Paweł Rodak’s theory of broad understanding of diary’s materiality as a writing practice, which was very complicated and difficult during the World WarII, especially at concentrations camps (finding material and tool to write, organizing space andwork out a ritual of writing; also place where notes were hiding and their fates in the post-war years). Diary it’s not only on textual level but it’s closely related to regular life. But in the campwriting daries was extremely dangerous practice (author could pay with his own life for it). Abraham Kajzer was an writing in Yiddish on empty cement bags with indelible pencil in camplatrine, where he was also hiding notes. After war he passed on his material to Adam Ostoja, who translated them and edited to publication.Kajzer described his reality in concentration camps and many traumatic experiences, which are one of many evidences of the Nazi genocide.