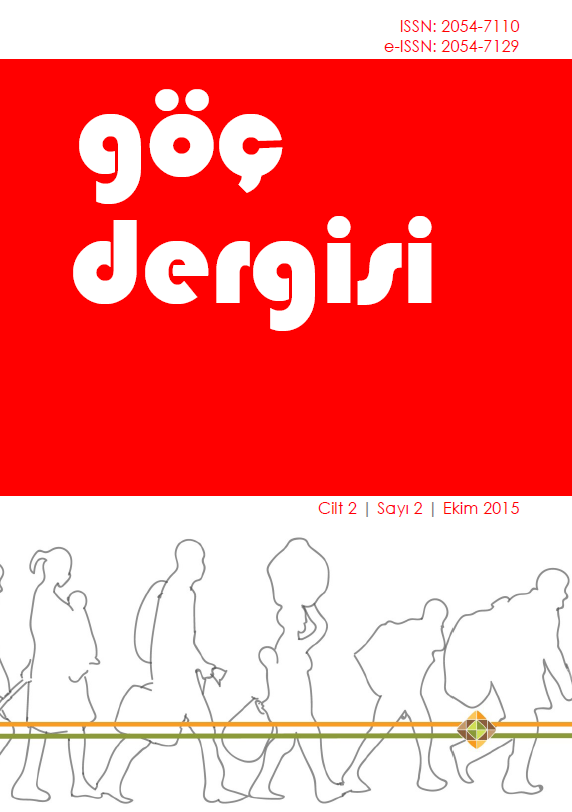 Summary/Abstract: This article investigates levels of the participation in political life of a particular migrant community referred to as ‘Turkish speaking community’ both in their country of origin (Turkey) and their country of residence (UK). This article specifically focuses on the effects of these migrants groups’ ethnic (i.e. Kurdish/ Turkish) and religious/sectarian (i.e. Alevi/Sunni) identities on their level of participation in the political life in Turkey and in the UK. The data informing this article was collected via administration of surveys with 213 participants between June and September 2013 with aforementioned migrant population. The data was analysis consisted of initial factor analysis followed by MANOVA. Through factor analysis meaningful variances in demonstrating the three types of participation in political life (civil participation, political interest and political activism) was revealed (bu umleyihala anlamadim ama sent mm diyorsan). After the determining of the dependant variables MANOVA analysis were conducted to determine the role of ethnic and religious belongingness on the dependent variables, i.e. types of participation in the political life. The research concluded that ethnic and religious belongingness directly influience degree of political participation of the migrants from Turkey.