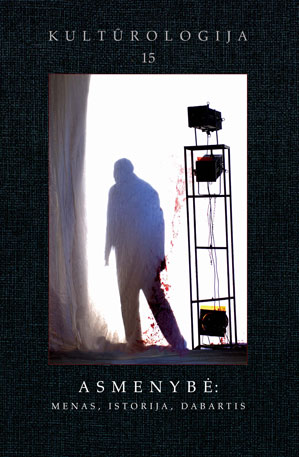 Summary/Abstract: The playwriting of Wilhelm Storosta-Vydūnas, which interweaved itself into the cultural life of Lithuania Minor at the turn of the 20th century, marked a unique era in the amateur stage of Lithuanian theatre. The amateur stage, inspired by the national and patriotic ideas in his dramas, and marked by an influence of his studies of Eastern cultures, helped to form the originality of Vydūnas' thinking. Modern aesthetics of the early 20th century, felt much more in Germany than in Lithuania, along with German culture, both influenced the spiritual climate of Lithuania Minor in one way or another. The playwriting of Vydūnas was a crossroads of sorts, where a metaphorical understanding of the stage space, the meaning of action as the vision of the drama's hero, and the holy, mysterious stage atmosphere met, which was characteristic of modern Western European theatre of the 20th century and the older, pre-Reformation stage heritage with its elevated rhetoric and inspired and grand declamations as well as the ideal of the moral perfection of man impacted by German cultural tradition (Schiller and Goethe). Vydūnas' playwriting revealed itself as a unique theoretical project of the theatre's professionalisation into the landscape of the Lithuanian amateur stage. There are a host of detailed stage directions, scene lighting, colour and sound explanations, planning out of mass scenes, details on the movement trajectories of the actor and speaking intonations in his dramas. It was in this way that Vydūnas created a vision of a professional theatre surpassing its amateurness. However the theatrical vision of Vydūnas for the professional stage was painfully surpassed with the processes that were creating Lithuanian theatre. It was surpassed, because the Lithuanian theatre of the time was too amateur-like to use Vydūnas' suggestions fruit-asmenybė: fully, while later on the playwriting of Vydûnas lost its luster and dabartis seemed to have become too old-fashioned to be able to excite people of the theatre. The miscommunication of Lithuanian theatre and Vydūnas' playwriting appeared, most probably, because of its aesthetic distance, which created a gap between the world of a writer from Lithuanian Minor that had absorbed the abstract thinking, philosophising, and ideas from German culture, and the theatrical culture of Lithuania that was pushed ahead by the Slavic search for psychologism.