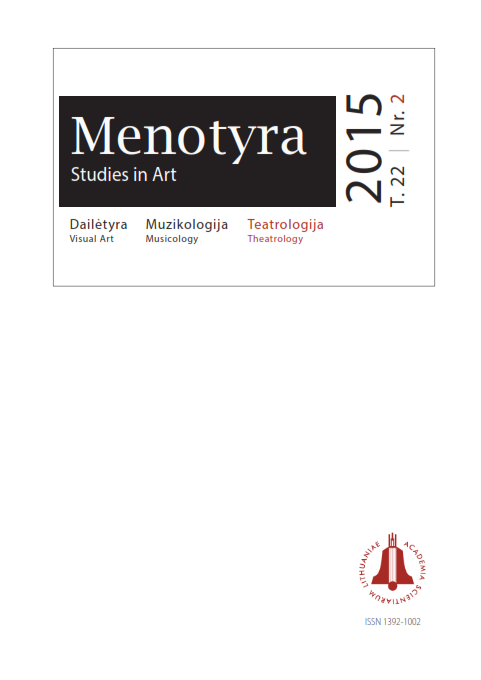 Summary/Abstract: The beginning of the Lithuanian theatre history was in a way a practise of liberal feminism politics: encouraged (even forced in some cases) by men, women started to enter the theatre arena as playwrights, as well as organizers / directors of a theatre event and, later, as theatre critics. Women theatre art manifested itself as a clearly ambiguous one: it both drew upon and resisted to what was suggested by men as kind of prescription of possible theatre genres, thematics, stories and heroes / heroines. This ambiguity shaped the representation of a traditional woman (where women playwrights followed and also attempted to break the limits of the humble, de-tempered, de-sexualized heroine idealized by men) as well as of a “new woman” (where women playwrights attempted to focus on the subject of an educated woman and her public career, but soon, submitting to men, acknowledged it as a threat to her femininity and started to dwell on the image of her happy domesticity). However, in the second decade of the 20th century, in the wake of the run of theatre institutionalization processes, women began to lose their position in theatre; they started to write for the utopic women theatre.