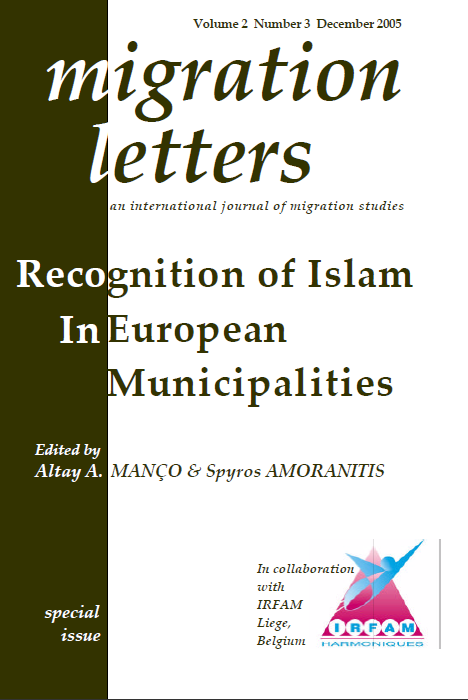 Summary/Abstract: The Muslim population of Western Europe composed of at least 13 million individuals, brings together primarily people resulting from working class immigrants from the second half of the twentieth century. Its roots are found deep in the Turkish countryside, in the Balkans and, of course, in the old colonies: the countries of the Maghreb, the Indo-Pakistani sub-continent, the Middle East, sub-Saharan Africa and Southeast Asia. There exists moreover, relatively low but growing numbers, of converts of European extraction. This paper presents the theoretical and methodological approach of whole of the project "Faiths and Social cohesion".