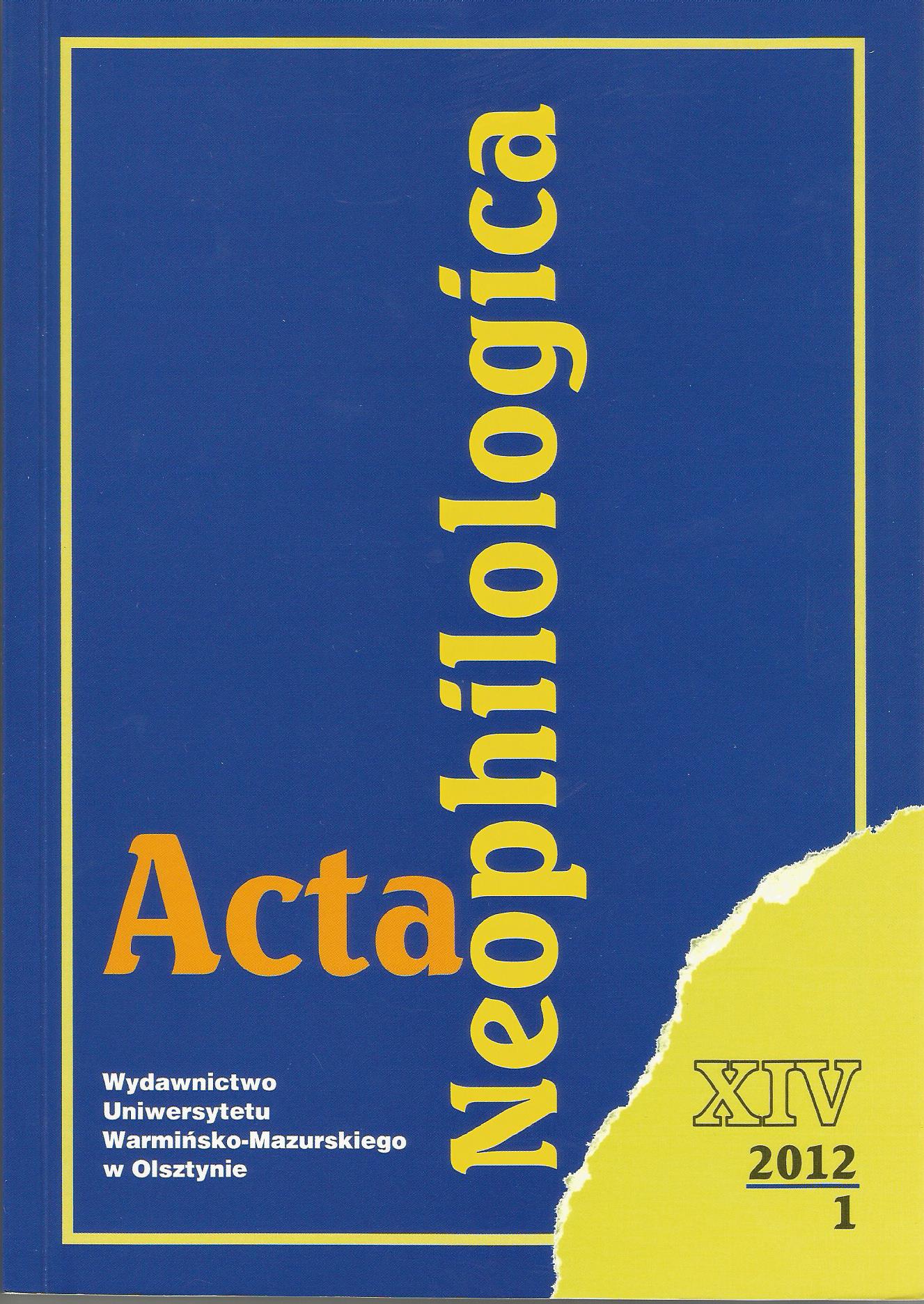 Summary/Abstract: The principles of word formation have been employed for a considerable period of time.In the contemporary German word formation numerous doubts are expressed concerningthe correctness of newly formed words, but languages are constantly developing and some expressions which were previously considered incorrect are now accepted as a norm. Thedevelopment tendencies of the language constitute its driving force. It should be observedthat apart from two basic trends in the development of word formation, i.e. the propensity for abbreviating and the tendency to make information precise, a third trend can be added,namely the automatic use of derivational techniques. More specifically, the creation ofderivatives out of native word-forming elements consists merely in their mechanicalcombining, while any complications are eliminated. It should also be stressed that in thecontemporary German abbreviations are created on a mass scale. In addition, the specific nature of the German language consists in its having two parallel word-forming systems: the native word-forming system and the borrowed word-forming system which is basedon borrowings from other languages, especially on English word-forming patterns. The contemporary German language borrows from the English language not only suffixes andprefixes, but also morphologically unchanged simple and complex lexemes which are thenused to form direct elements of compounds, derivatives and conversions. In the process of composition, the borrowed words get combined both with one another and with the nativeunits. The considerations I have included in my article provide enough evidence to supportthe claim that the problems connected with word formation are still fashionable and inspirea lot of research. The German language lives, changes, responds to the dominant globalizing tendencies, which is also observable in the field of word formation.