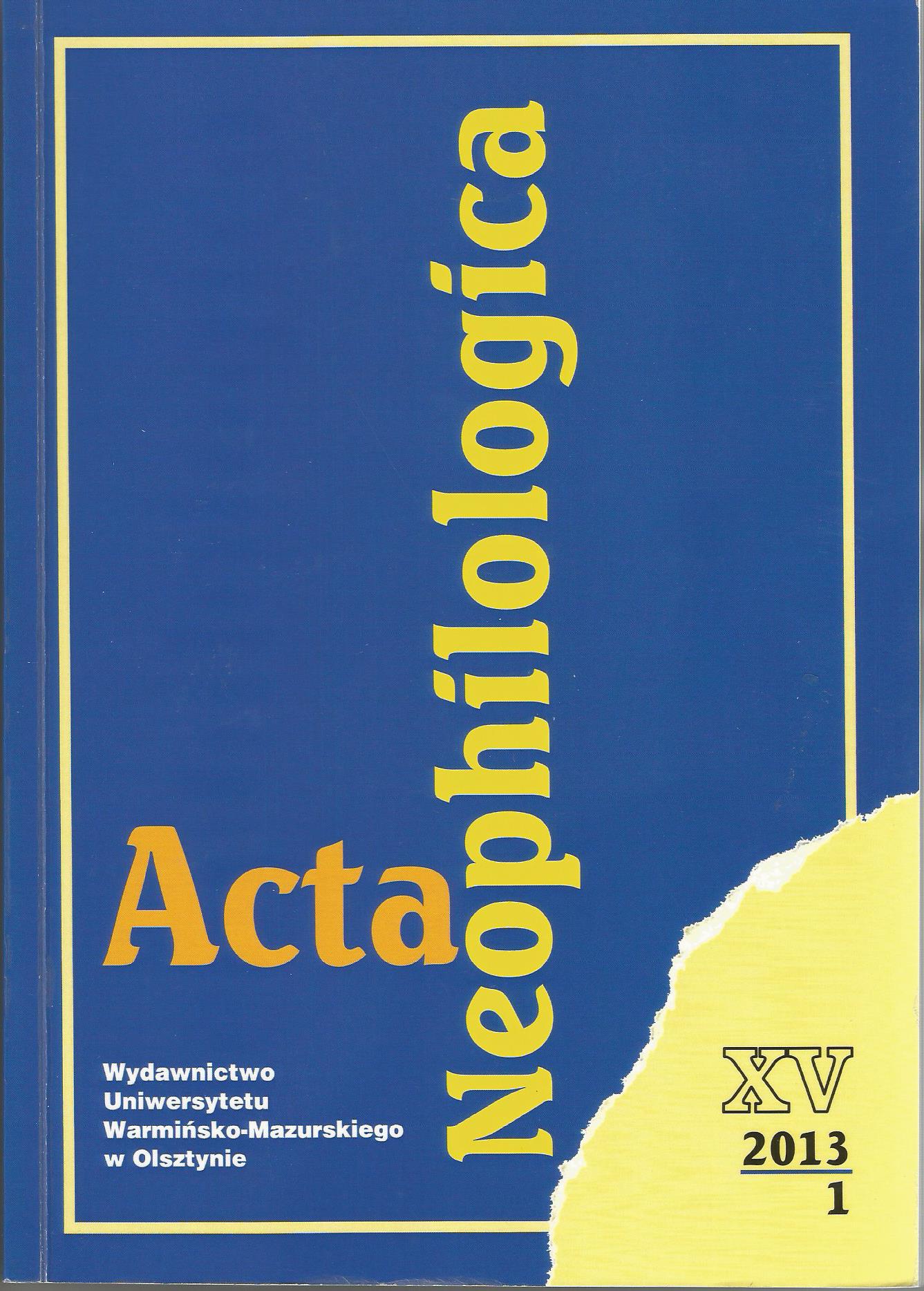 Was ist eigentlich ein Konfix? Lässt sich der Begriff Konfix eindeutig definieren oder bedarf es weiterer Forschungen?
What is Exactly a Confix? Can It Be Defined or Should It Be Researched More Thoroughly?

Summary/Abstract: In the field of German word formation, a heated debate has been taking place concerningthe problem of defining and classifying the relatively new word forming elements calledconfixes. In connection with word formation based on foreign material, the problem ofanalyzing and defining confixes has become particularly important. Many linguists arguedthat confixes should be distinguished from affixes, while other representatives of thediscipline maintain that confixes should be classified as a subgroup of affixes. This articleis devoted to the research done by well known German linguists (e.g. Günter D. Schmidt,Wolfgang Fleischer, Elke Donalies, Peter O. Müller, Anja Seiffert, Silke Flies, AngelikaFeine, Mechthild Habermann, Sascha Michel) who concentrated on the elements belongingto the bio-, biblio-, anarch-, geo-, ident-, omni-, thermo- type, in order to arrive at a precisedefinition of the term “confix”. While trying to define and classify the word forming formantscalled confixes, one can opt for two methods: either taking into account the semanticdimension of the formant or rejecting the semantic approach altogether. Scholars haveanalyzed the problem of confixes for over twenty years. Elke Donalies [2009b: 60] offersa fairly convincing definition of confixes, but ultimately proposes that the controversial notionbe abandoned. However, it is rather unlikely that other researchers will follow her suggestion.The research concerning confixes is still very intensive and the debate has certainly not cometo a close, all the more so because in modern German word formation there is a tendency toadopt more and more foreign formants, which convey the meaning more precisely than nativeword forming elements.