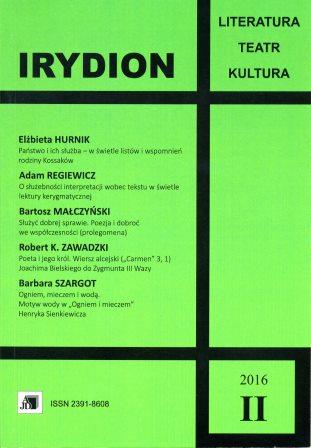 The Relations: a Man vs Enslavement Mechanisms in Kazik Staszewski's Texts in "Oddalenie (Far Out)" Album

Summary/Abstract: The text tries to analyze Kazik Staszewski’s (a Polish rock and rap artist) album Oddalenie (Far Out) in which a human being is shown as a slave of different “systems”. The author describes the way the album is organized to make the songs a consistent, original entirety. The text very briefly introduces a figure of the artist, his popularity and public perception in all artistic lives (bands he is a member of). The aim of the text is to prove that Kazik has planned his album Oddalenie as a complete vision of a man who stands face to face with his metaphorical “masters” – his own obsessions, politics and a kind of external enslavement machine.)