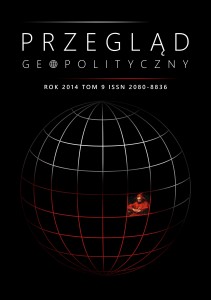 Summary/Abstract: According to contemporary dictionaries Sarmatia is the ancient district between the Vistula River and the Caspian Sea. In Polish geographical literature this name was popular during the Renaissance and remained quite well-known till the end of XIXth century. Till now Sarmatia seems to be present in few English sources, however is much more utilized by authors of geographical publications and editors of cartographical materials in Italy. The areas of ancient Sarmatia are universally called Eastern Europe, Central Europe, or East Central Europe. These expressions are however not proper geographical names, and instead they constitute metageographical creations formulated for ideological and political purposes. They are more and more often contested due to the geopolitical re-orientation in Russia. For these reasons there appears question of what is the exact geographical name for these territories. An answer to this question seems to be possible only when the concepts of Europe and Poland are properly defined, since these two terms are very often used in entirely improper way. For this reason it is necessary to answer the question as to Poland's place in Europe, by pointing to the part of Europe to which Poland belongs. Although Polish society is characterized by a high level of competency in the area of geographical studies, according to the questionaires and polling conducted among the students, Poles themselves are not able to define what Europe is and what exactly defines her territory. To formulate answers to all these questions the author decided to utilize the classical concept of geographical region, which seems to be acceptable from the point of view of modern neoclassical geopolitics. It is tantamount with the ultimate rejection of the widely accepted metageographical concepts of Europe and Poland, whose continued uncritical use stands as an insult to that which is rational, and a negation of empirical argument.