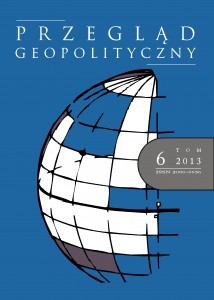 Summary/Abstract: The Early expeditions of the Russians in the North-East, which led to the discovery of Sakhalin and numerous other island scattered in the waters near Pacific Ocean, became the nucleus of a wider exploration of the eastern and northern Russian lands and the Overseas Territories. For this purpose was established a Russian-American Company. In the nineteenth century, Russian researches were conducted in North areas- Siberia and the Far East, which were continued in the next century. The period of perestroika, however brought reduce spending on research and exploration of the polar region, writing in a border perspective- the Russian North declined. Currently importance of the Artic is increasing.