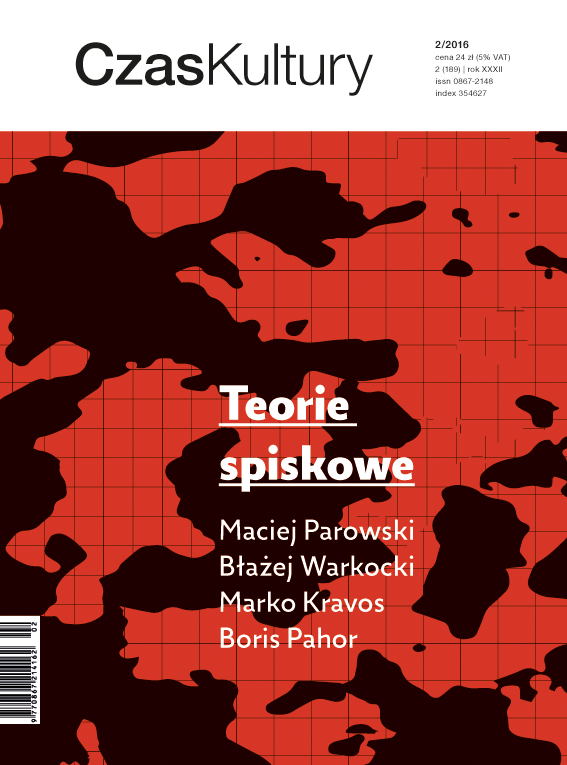 Summary/Abstract: The article outlines possible links between three types of narrative: conspiracy, critical and crime narratives. The basic methodological assumption here is that questions need to be asked about how a narrative works rather than about what genre it represents. The essay’s thesis raises questions about the need to change our understanding of the role of conspiracy theories in reconstructing the causes and courses of events. The authors argue in support of conspiracy theory as a potential narrative, because they find nothing particular in its means of reasoning that would allow us to draw a distinct boundary between conspiracy theory and critical theory within the meaning proposed by Bruno Latour. A crime narrative – Zygmunt Miłoszewski’s novel Grain of Truth – is used as a tool to analyse the functioning of a conspiracy narrative in the detective story. Utilising the division into classical and non-classical conspiracy meta-narratives proposed by Franciszek Czech, the authors of the article ask questions about the limits of the detective’s rational conduct, and the sources of his hypotheses and means of argumentation.