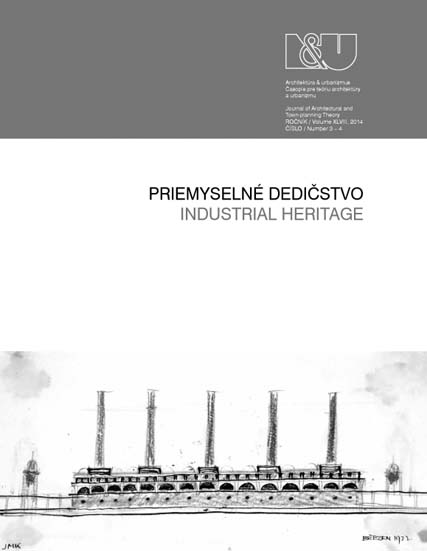 Summary/Abstract: During the interwar period, when the prevalence of tuberculosis rapidly increased, one of the largest and most modern TBC sanatoriums in Czechoslovakia was constructed in a remote location in the High Tatras. Arising on apreviously vacant site above the settlement of Vyšné Hágy, this complex of buildings is one of the most impressive realizations of Czechoslovak functionalist architecture, designed by the Prague architects F. A. Libra and J. Kan. Intended for the hospitalization of infectious tubercular patients, the sanatorium was deliberately isolated in the High Tatra forests, where it worked as a self-sustaining urban complex. The complicated and demanding organization of this outstanding health care facility was provided by several service objects subordinated to the function of the main medical building. Consequently, an exceptional opportunity arose for technical architecture in the unexpected setting of a protected alpine-forest. Most notable here is the boiler-house with its high chimney, functionally and architectonically connected with almost all the objects of the sanatorium through the heat collectors. In the end, it emerged as itself an expressive landmark. The central boiler-house was a key element for the smooth functioning of the sanatorium, and it greatly supported the self-sufficiency of the medical complex. From the beginning, it has covered several functions. Besides the central heating, it provides a supply of warm water, as well as electric energy produced in the incorporated steam power station. Steam from the boiler-house was used in the steam-laundry, for heating the greenhouse, for preparation of food in the kitchen. At the same time, a waste incineration plant and the quarters of the operator were also situated in the building of the boiler-house.Designing a combined boiler-house and steam power station in the protected forest of the High Tatras was an architecturally difficult commission. During the process of design, a major technological transformation occurred that significantly changed the final appearance of the boiler-house’s architecture. Besides the technological conditions, the final architectonic design was shaped by F. A. Libra’s recent experience with the project of the functionalist building of the Edison transformer station in Prague. The boiler-house was incorporated into the complex through an electrified railway siding (used for coal delivery), only fragments of which are still preserved. Moreover, the boiler-house was also connected by with the main medical building. Wagons delivering freshly prepared food entered the basement of medical building through the 170 m long vaulted tunnel, which is itself an interesting technical work.Complementing the technical advances and the sophisticated functioning of the complex system was an independent water system, including the catchment points for drinking water springs and the water reservoir. As well as the boiler-house, the water reservoir is fully preserved including the authentic and still functional technical equipment. The reinforced concrete construction of the reservoir is partially excavated into the hillside slope, such that the round basin topped by a dome is masked by a grass-covered area and naturally merges with the terrain.The exceptionally preserved and authentically technically equipped sanatorium in Vyšné Hágy demonstrates several extraordinary architectural and constructional solutions. The immediate danger of tuberculosis, which motivated the creation of this functionalist complex, is a thing of the past. Nonetheless, the sanatorium has served as a specialised medical institution continuously from the beginning, and almost all the contemporary buildings of the complex retain their original function up to this day. Thanks to these favourable conditions, the unique technical buildings built in a highly unusual natural environment could be preserved. Beside these objects, only one of F. A. Libra’s realization of this type is documented in Slovakia: the waste disposer with an incinerator in Nezbud near Varín from 1926. This industrial building is unfortunately heavily damaged and currently exists only in a fragmentary state.