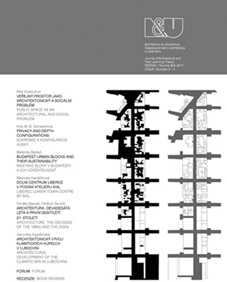 Summary/Abstract: Close study of historic plans have helped us to identify the authors of the architecture in Ľubochňa, a key factor in creating the specific atmosphere of this mountain spa up today. Under Hapsburg rule, wealthy Hungarian, Austrian and Jewish officer or commercial families entrusted architects of high professional standing and frequently from Budapest with designing their summer residences in this attractive natural locality. Consequently, the wide architectural variety of Ľubochňa is the result of the joint activity of several master-builders. Likewise, the stylistic range ensues from the plurality of architectural styles of the later Hapsburg era, represented by the pseudohistorical styles, romantic effects, the emergence of secessionism, later followed by functionalism, yet above all, the generally expanded Alpine style of typical half-timbered spa architecture. The unusually wellpreserved complex of Ľubochňa, as an integrated collection of objects erected over a relatively brief time for the purpose of spa recreation, is an exemplary illustration of the development of spa architecture in Slovakia. It is a rare instance of the mutual interaction of valuable architecture, sophisticated urban planning, and a significant presence of nature, represented by the omnipresent parks. The rapid development of this spa at the end of the 19th century, accompanied by the construction of new buildings, was stimulated by the high popularity of relaxation activities in mountain aircure spas of the era. Similarly to the other localities selected at this time, Ľubochňa with its mild climate and favourable position by the river Váh at the edge of the Veľká Fatra range, offered the ideal conditions for a prosperous spa resort. Ľubochňa was founded by the Hungarian Royal Ministry of Agriculture, with the aim of enticing tourists who were accustomed to staying at the Alpine centers to spend their holidays domestically. As a result, they made appropriate steps to establish good balance among the accommodation facilities of various types – hotels, smaller pensions of a villa character and individual villas. Initially small, the recreational locality has extended and gradually achieved a more modern character. The result of the activities of András Bethlen, who was also the founder of Tatranská Lomnica and other spas in Hungary and Romania, was to ensure that the architecture was realized predominantly in the Alpine style with half-timbered construction, similar to typical folk architecture in the High Tatras. At the time of the spa’s founding in the years of 1893 – 1894, public fields were partitioned and offered for construction of villas for high-ranking officers of the Austro-Hungarian army. Buildings were constructed with the agreement of the Hungarian Royal Forest Administration and they became an integral part of the well-functioning area set amid the natural surroundings of the Ľubochňa valley. The basic urban planning scheme, dating from the time of spa’s...