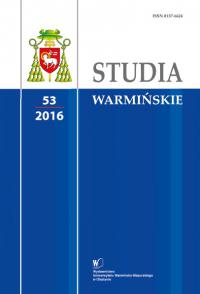 Summary/Abstract: The following article presents the late Roman legal regulations concerning the counterfeiting of money. This kind of crime was prosecuted in the Roman republic on the ground of lex Cornelia de falsis, but under Roman emperors new qualification was added - the counterfeiting of the money stamped in the imperial mints, which was prosecuted under lex Iulia de peculatus. Interestingly, the editors of the imperial codes of laws (Theodosian and Justinian Code) did not put the late imperial constitutions on counterfeiting of money in the titles which were devoted to these two leges. Instead, they created separate title - De falsa moneta (respectively CTh 9.21 and C 9.24). The article discusses the question of terminology used in relation to the techniques of the counterfeiting of money and to the offenders, and, furthermore, the question of criminal liability for forgery, the problem of aiding or abetting, and the circumstances in which the crime was committed. In addition, the author raises the issue of ban of the export of gold outside the Roman state, the prohibition of extraction of the precious metals from the bimetallic money and prohibition of damaging of the gold solidus by the cutting off its edges.