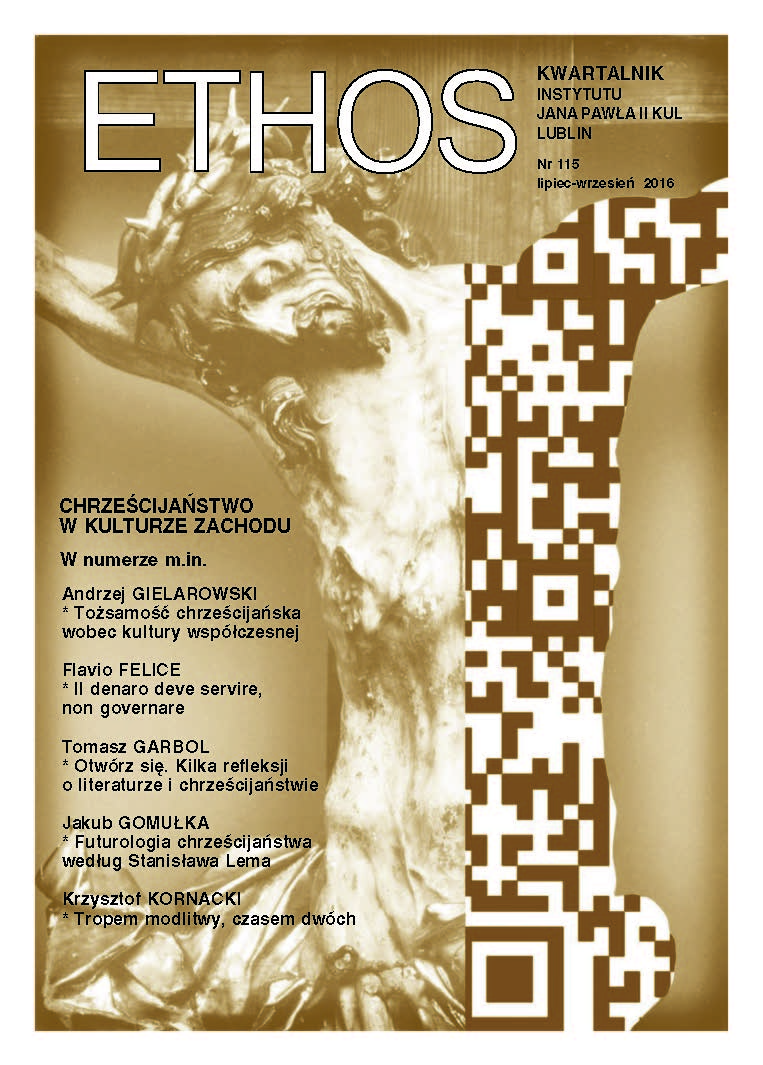 Summary/Abstract: On the occasion of the 1050th anniversary of the baptism of Poland the author looks at the manifestations of Christianity in Polish cinema until the year 1989. In order to illustrate the evolution of this subject, the author uses the pars pro toto method applied to various periods of the national cinematography: in each case he attempts to fi nd a scene of prayer (or one related to a prayer) in a particular fi lm that might be considered as representative not only of the movie in question, but also of a broader background comprising the history of Polish cinematography as well as the social and political reality of the given period. Thus, there is a scene in the movie Pod Twoją obronę [“Beneath Thy Protection”] (1933, by E. Puchalski and J. Lejtes) in which one can clearly see a favorable climate for Polishness and for the cult of the Virgin Mary, whereas another scene showing a Rosary prayer, one from the movie Ostatni etap [“The Last Stage”] (1948, by W. Jakubowska), illustrates the ideological offensive of Marxism. The author fi nds an extremely negative assessment of religion in the times of Stalinism, particularly in the discussed scene from Uczta Baltazara [“Balthazar’s Feast”] (1954, by J. Zarzycki). Furthermore, the piece Pokolenie [“A Generation”] (1955, by A. Wajda) tells us a lot about the erosion of the religiousness of today’s artists born in the 1920’s (of the so-called generation of Columbuses). Matka Joanna od aniołów [“Mother Joan of the Angels”] (1961, by J. Kawalerowicz) in turn clearly presents the campaign against ‘clericalism’ characteristic of the 1960’s in Poland. A scene from Iluminacja [“The Illumination”] (1973, by K. Zanussi) shows how the attitude towards religion shifted in the Polish cinema. In the scenes of prayers present in the movies of the turn of the 1980’s, such as Człowiek z żelaza [“Man of Iron”] (1981, by A. Wajda), Przypadek [“Blind Chance”] (1981, by K. Kieślowski), Przewodnik [“The Guide”] (1984, by T. Zygadło), and the series Dekalog [“The Decalogue”] (1988, by K. Kieślowski), the author can see hints of the appreciation of the rank of Catholicism and the Catholic Church in Poland in the aspects of politics, society, morality and metaphysics.