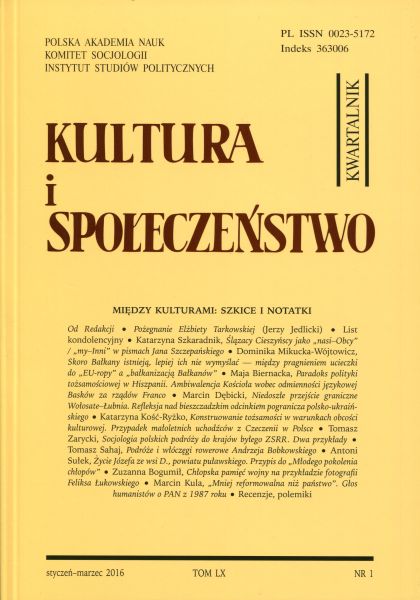 Summary/Abstract: The author considers selected photography of the amateur photographer Feliks Łukowski, from the period of the Second World War. The photos were taken in Łukowski’s native village and in nearby localities during the German occupation. They are presented with the results of ﬁeld research conducted in July 2015 in the Zamojść area in order to show how what is remembered by witnesses departs from what was captured in the photos. The author attempts to explain the source of that divergence and also to show how useful a sociological analysis of photography can be in determin- ing the meanings produced by the images it preserves. The aim of these reﬂections is to emphasize the characteristic traits and functioning of peasant memory.