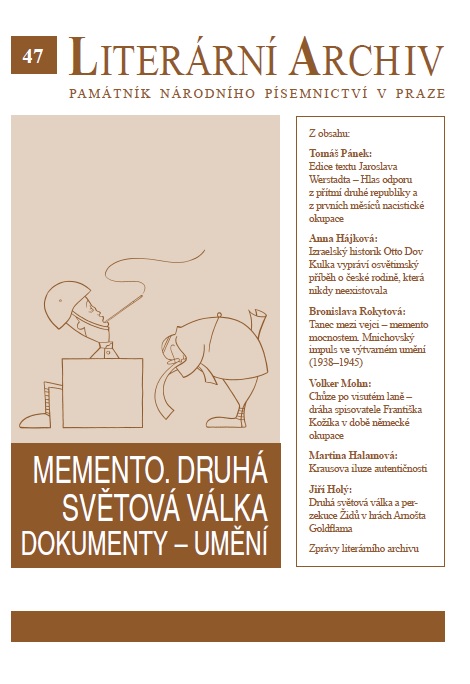 Summary/Abstract: František Kožík (1909–1997) was a versatile writer, whose work in Czechoslovak Radio and whose successful literary career began in the 1930s. The key period for his later status as a popular author, however, was during the Protectorate of Bohemia and Moravia, from mid- March 1939 to early May 1945. At that time, he made his mark particularly with the novel Největší z pierotů (The greatest Pierrot, 1939), which became a bestseller. But Kožík’s literary work and work for radio were accompanied also by his acceptance of the occupying regime, for example, maintaining contact with the leading Czech collaborator and, later, government minister, Emanuel Moravec (1893–1945). After the war, Kožík’s involvement was severely judged and he was not permitted to work in radio. He later sought to explain his wartime behaviour and to make light of it in memoir-like writing. Mainly on the basis of records of a bureaucratic nature, the article attempts to identify Kožík’s true behaviour and also to explain his motives at that time. In a brief outline, it then also looks at his later career, which was permanently tainted by the Occupation.