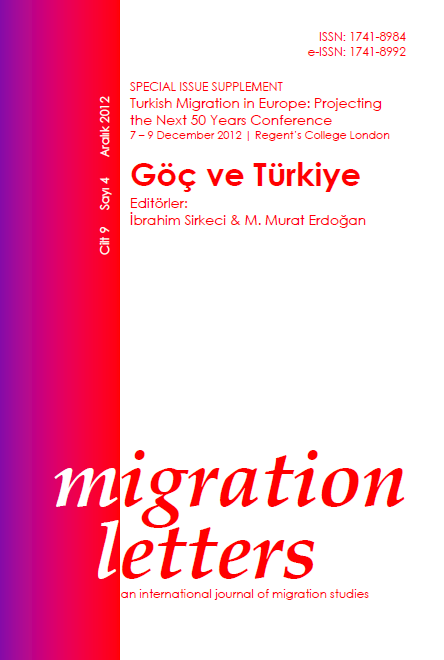 Summary/Abstract: In this paper we explore the rise of Turkey as a destination for new migrants including the children of Turks and Kurds who emigrated to Europe and Germany over the last five decades. An environment of social, economic and human insecurity dominated migration from Turkey to Europe and in particular Germany over the last five decades; and today, shifts in Turkish society, economy and security are attracting migrants to the country. Ethnic conflicts were one key factor driving migration in the past and as we note, they continue to moderate the relationship between socio-economic development and emigration rates for Kurdish movers in the present. Nevertheless, we argue that the growth of the Turkish economy and increasing social freedoms support an increase in immigration to Turkey. Immigration to Turkey includes returnees as well as second and third generation Turks from Germany among other places.