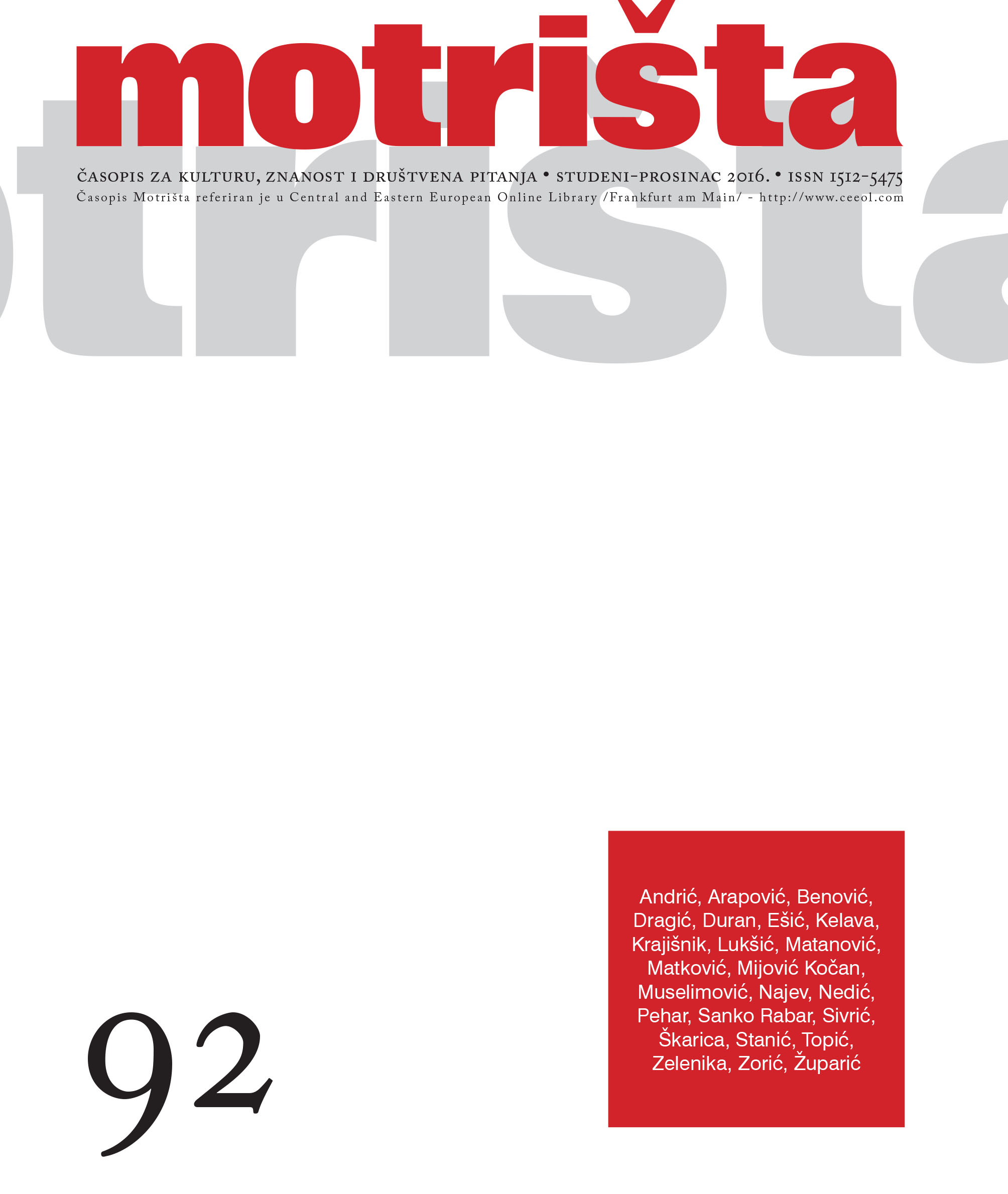 Summary/Abstract: Ljubuški province has an extremely important place in the history of Croats. King Stipan Dabiša (1391 – 1395) known for the prophecy that came to be truth, bestowed Veljake upon his daughter Stana. Historical and etiological tales as well as immaterial cultural heritage of Ljubuški province in general are extremely insufficiently explored. Therefore, this paper lists and multidisciplinary interprets about forty historical and etiological tales about Ljubuški province which have been written down during the period from 2004 to 2013. Those tales talk about the origin of the name Ljubuški and the majority of them has Ljubuša and Stipan Vukčić Kosača in their focus. Memory of Ljubuški folk has preserved tales up to our time of duke’s wife Ljuba (Ljubuša) for whom duke (herceg) Stipan built a burg that was named Ljubuški after her. That way duke Stipan was able to live undisturbed in Blagaj with his Venetian mistress. Tales are also told about duke’s tower Herceguša, duke’s treasure, duke’s conflict with his son Vladislav whose bride duke Stipan laid with, etc. Up to our days a path going from Vitina, across Slivno and to Lovreć is called Janko’s path, because Janos Hunyadi (known as Janko of Sibinj) and his army passed along that path. Even nowadays people call a path from Vitina to Vid Sekulan path after Janos Hunyadi’s nephew who led an army to Kosovo in 1448. In that battle Hunyadi was betrayed by despot Đurađ Branković, and Sekula died. Many tales are related to the four hundred and seven years of Turkish occupation of Ljubuški. Danijel Vladimirović, the bishop of Duvno, was treacherously executed by Turks in Ljubuški in the year 1570. Croats endured a lot of suffering under the Turkish slavery. Along with the tribute in blood, the gravest Turkish crime was jus primae noctis. Harlot’s graveyard inherits its name because in that place Turks attacked a Christian wedding procession to abduct the bride so that the bey could spend the wedding night with her. There was a bloody battle and all the wedding guests were killed. The memory of that suffering is kept by the existing tale and the name of the graveyard. Graveyard Krvavica was named that way because in that place Turks killed all the Croatian Catholics attending the Christmas mass. Tales about chrematonym Mladi and hydronym Mlade, as well as tales about wedding processions’ graveyards are all testimony of the suffering of wedding processions. Among the historical tales in the Ljubuški province are those about harambaša Andrijica Šimić. Ljubuški folk also tell tales of a strange oak which Germans used to hang an innocent man and that oak didn’t grow in height or width anymore.