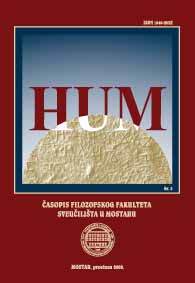 Summary/Abstract: St. Nicholas was the bishop of Miri in Asia Minor. Many legends are connected to his person. He died on December 6th in 327. He was buried in Miri. Due to the Turkish conquest, his body was transferred to the Italian city of Bari, where his relics still lie today. He is considered a protector of children, sailors, girls, poor people, students, pharmacists, bakers, fishermen, prisoners, merchants, travelers, sick and dying people. The cult of St. Nicholas is largerly spread among orthodox believers. He is the protector of Russia. St. Nicholas festivity in catholic traditional heritage is characterized by: giving presents to the children, celebrations with procession, prayers, processions on the day of St. Nicholas – visitations of St. Nicholas dressed in bishop’s robe with a cane and a devil by his side with a basket, chains, rod etc., to reward those who behaved, and to punish those who misbehaved. In the honor of St. Nicholas many votive shrines were bulit by Croatian people. The custom of burning boats on St. Nicholas day is rooted in pagan rituals.