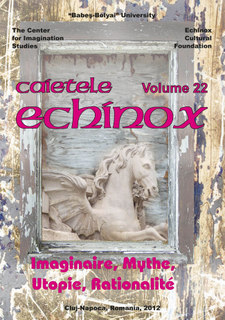 Summary/Abstract: Although the term “utopia” came to designate a literary genre long after the publication of the best known early modern utopias, the increasing number of texts modeled after More’s Utopia throughout the 17th century had already begun to be perceived as part of a common genre, usually labeled with catchwords such as “imaginary commonwealths.” While a consistent reflection upon this sub-genre is virtually absent from the works of the few French authors who were classifying utopias as imaginary communities, one can turn to some of the ancillary texts accompanying utopian writings published or translated in French during the second half of the 17th century and the first half of the 18th century which are indicative of an increasing awareness of the generic features shared by treatises such as Utopia, New Atlantis or The City of the Sun and the imaginary voyages which were then more or less openly following similar narrative conventions.