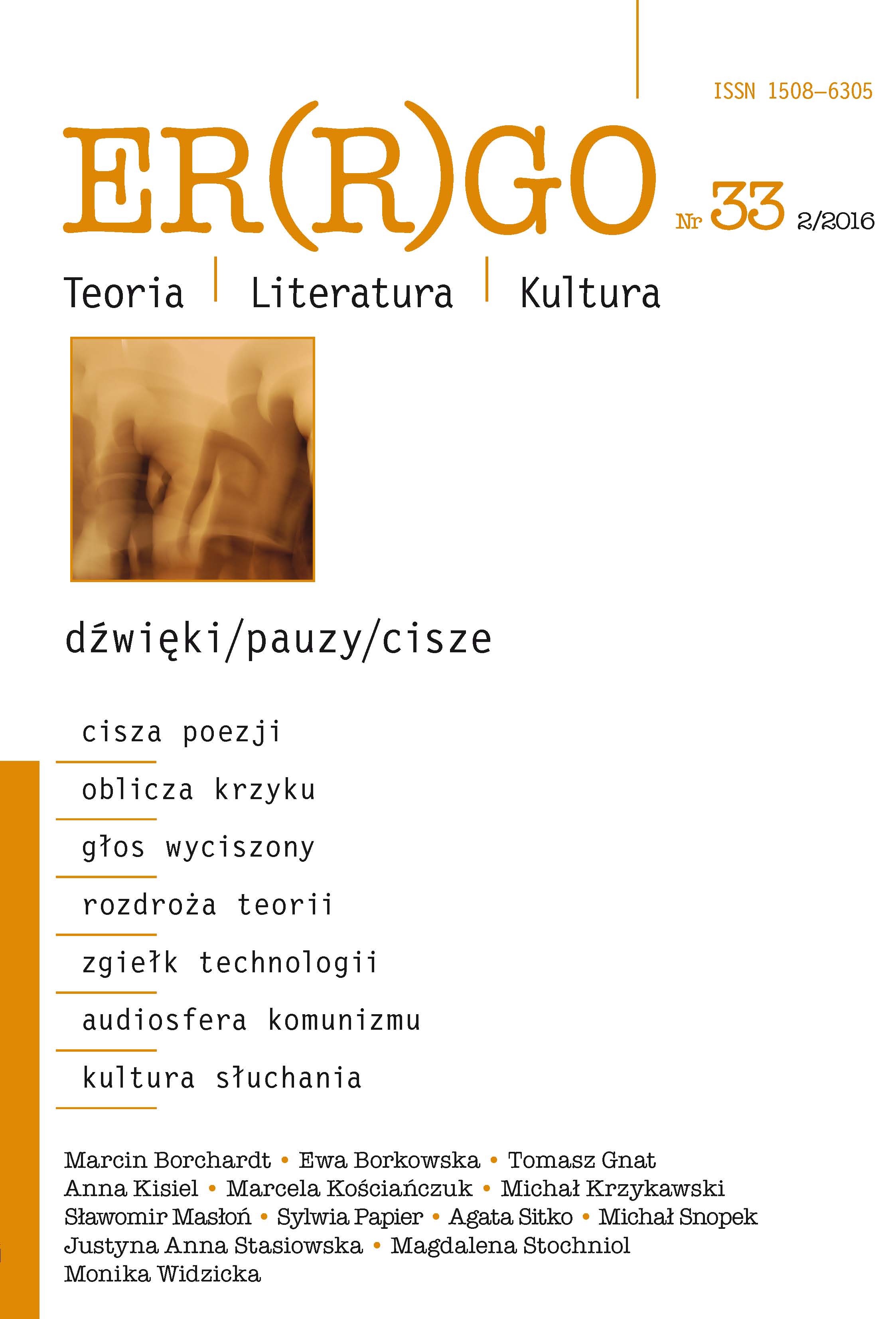 Nie do powiedzenia. O głosie u Lacana, Ettinger i Woodman
Not to Be Spoken (of). On the Voice in Lacan, Ettinger, and Woodman

Summary/Abstract: In the picture entitled “Self-portrait talking to Vince” Francesca Woodman, an American photographer, endeavoured to capture her own voice. That which had been uttered became thereby unutterable, resulting in a sequence of doodles coming out of the artist’s mouth: the chain interrupted within the frame of the photograph in its attempt to reach the listener. This picture is both the space and the reason for the confrontation of two psychoanalytical views – Lacanian and Ettingerian – on the notion of the voice. While in Jacques Lacan’s thought the voice is introduced as objet petit a, inextricably bound to the Other and desire, Ettinger – author of the matrixial theory, practising psychoanalyst, artist, feminist, and member of the Second Generation after the Holocaust – defines this concept as link a, thus emphasising the connection inspired by the prenatal encounter, its fragility and intimacy. Collating these two viewpoints and the photographic art of Woodman lets one open the potentialities of the voice in the field of visual studies and consider the relationship between this notion and the senses. Such a juxtaposition challenges the boundaries of not only photography – the medium seemingly sentenced to silence – but also theory, for which the image can provide a platform of dialogue, as it relentlessly resists the reduction to solely one perspective.