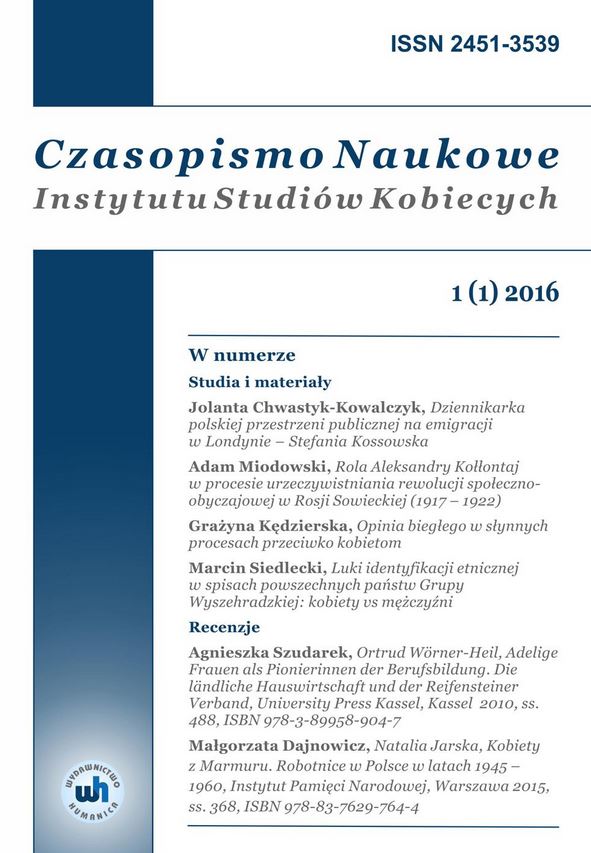 Summary/Abstract: The article shows the role of women in politics and their images based on the analysis of newspaper articles from three the most influential weeklies such as "Politics", "Wprost" and "Newsweek Poland". The research covers press materials appearing from 2004 to 2015, mainly in the pre-election period and refers to the women who succeeded in entering political life such as Joanna Kluzik- Rostowska, Hanna Gronkiewicz-Waltz, Angela Merkel, Hillary Clinton and Sarah Palin. On the basis of the analyzed press material it can be concluded that the political involvement and participation of women has been increasing in recent years. There has also been a significant amount of change regarding women achieving senior leadership positions.