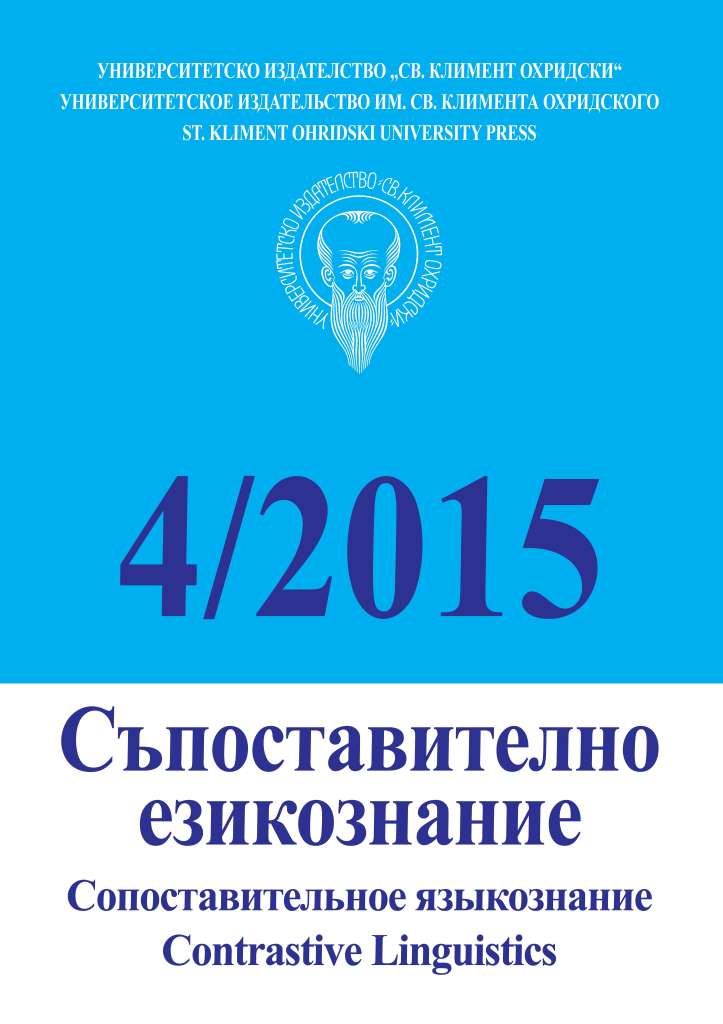 Summary/Abstract: The paper reviews the different hypotheses on the origin of the verb патя and its derivatives. The analysis applies a number of approaches: formal, semantic, synchronic and areal-georgraphic. The verb is compared to its cognates in Romanian păţi, Aromanian pat, Albanian pësoj, pësonj, Macedonian пати, and Serbo-Croatian пàтити. The forms and uses of the verb in medieval documents are traced. The research aims to answer the question whether the vulgar Latin *patīre < classical Latin pătior or the Greek πάσχω, παθαίνω is the more likely prototype or source for the Bulgarian verb. The hypothesis is formulated that the verb and its derivatives in Bulgarian, as well as in some other Balkan and South- Slavic languages, cannot be traced to a uniform, single source of origin and should be interpreted as belonging to different temporal layers of borrowings.