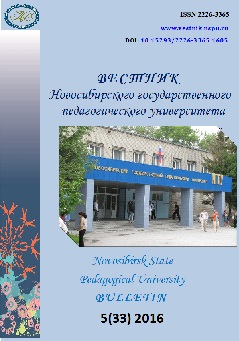 Summary/Abstract: This article is devoted to the theoretical and experimental analysis of psychological factors and conditions contributing to victim playing by men and women. It is shown that influence of psychophysiological features of the individual on his / her mental development is caused by the complex system of interconnections, which include a wide range of factors. The content and structure of a victimized orientation toward life, as well as its dependence on the functional asymmetry of the brain are described. The authors present the results of the empirical studies that prove the separate influence of sex-role characteristics and functional brain asymmetry on self-victimization, as well as their joined influence. It was found that right-brain respondents were more inclined to self-victimization. The results of the study indicate that right-brain women are more inclined to self-victimization than right-brain men. It was revealed that men with ambidexterity and left hemispheric asymmetry rarely adopt the victim role. The results indicate that individuals whose psyche structure is characterized by predominance of rational elements are more capable to fast decision making and high speed of situation evaluation. It allows them to avoid the inclusion of emotional factors and neutralize victimization.