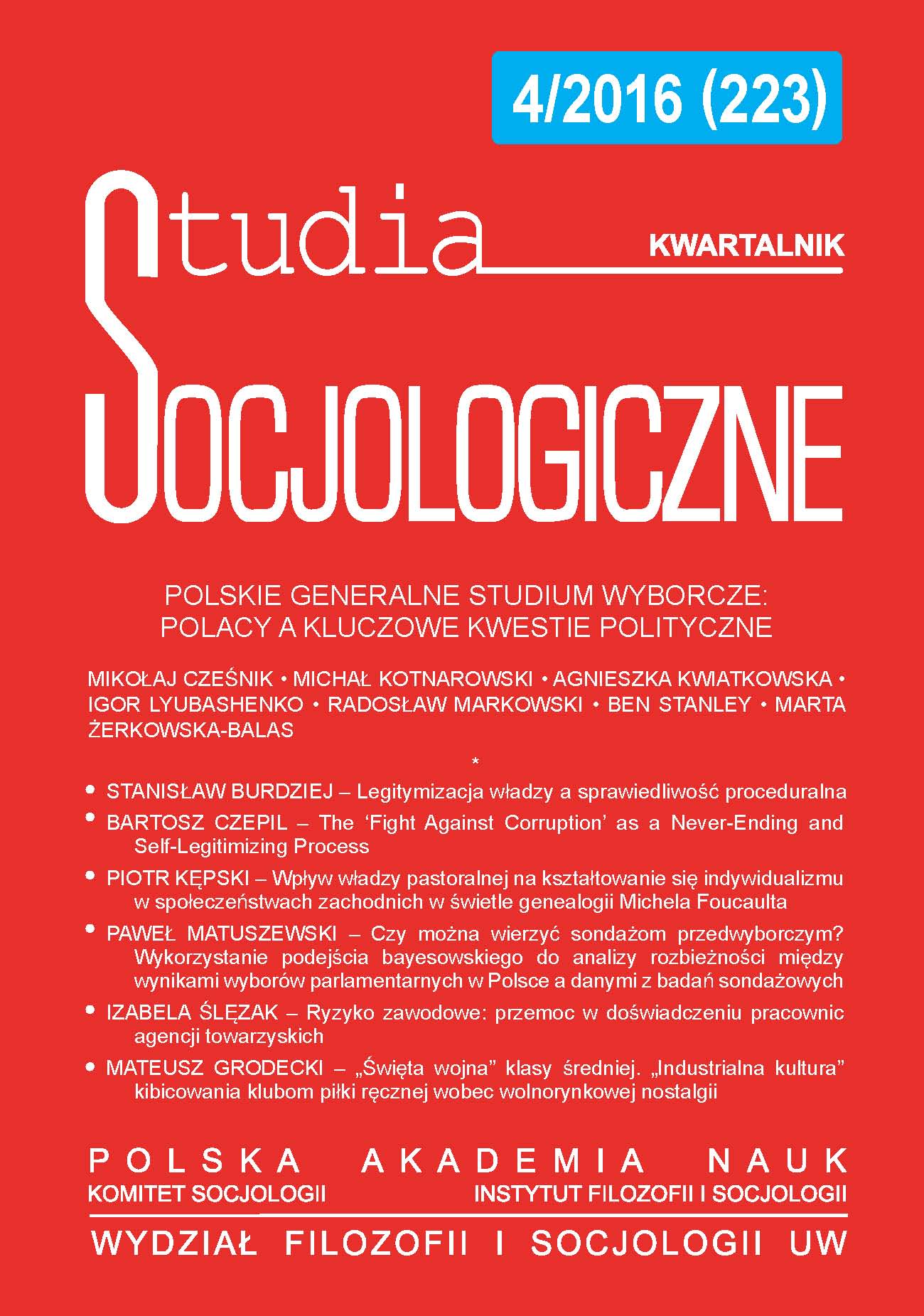 Summary/Abstract: During the ﬁrst quarter-century of post-communism, the left-right dimension has had an important, albeit rather idiosyncratic, inﬂuence on Polish politics. It has structured political discourse, deﬁned the parameters of electoral behaviour, and been referenced by parties in the creation of their political programmes and electoral campaigns. However, this dimension has not remained stable; on the contrary, since 1989 it has undergone interesting transformations and its meaning has changed. The purpose of this article is to analyse the ideological, economic, social, and political ‘content’ of the left-right divide in Poland in diachronic perspective. We also focus on the main correlates of left and right, and analyse the relationship between the left, the right, and other important social and political variables, such as voting behaviour, attitudes to key political issues, and social structure. To conduct these analyses, we drew on data from the Polish National Election Study, which spans the years 1997 to 2015. We ﬁnd that the left-right divide is still a key element of electoral politics in Poland but that its meaning is slowly evolving.