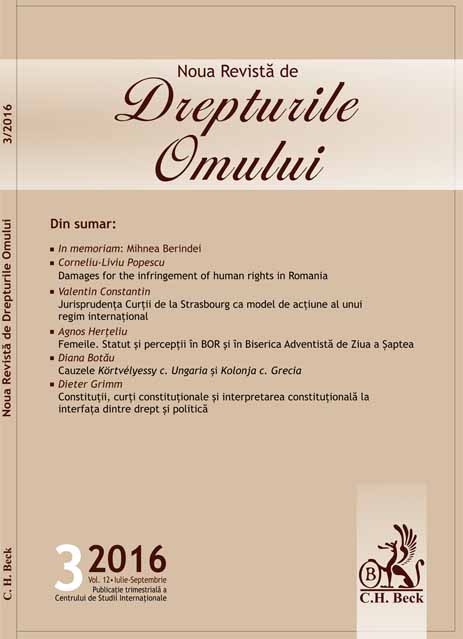 Summary/Abstract: The Subject of Dieter Grimm's text is constitutional courts in the context of the relationship between law and politics. The author explains the emergence of constitutional courts, expose their features (compared to ordinary courts) and the main problems and challenges faced. Beyond this, the concern expressed in the text overriding to explain the role of judges (and the right in general) in the complex mechanism of taming the power invented by constitutionalism. In pre-modern era, the relationship between power, law and religion was a simple and seemingly harmonious. The power is legitimized by religion and law, by recourse to the laws of divine origin. In this trilateral relationship, political power was subordinated to divine law, which was the source of legitimacy of power; however the power was called upon to apply law. With the separation of state (ie policy and law) religion as a result of the Reformation and the religious wars of the sixteenth and seventeenth centuries, things get complicated. Politics and law are starting to build their first bilateral relationship. In a first phase, this is the political power that determines the laws, ie one that builds and dominates the rights. Then, with the American Revolution and the French, is "restored" rule of law over political power, in the form of constitutionalism.