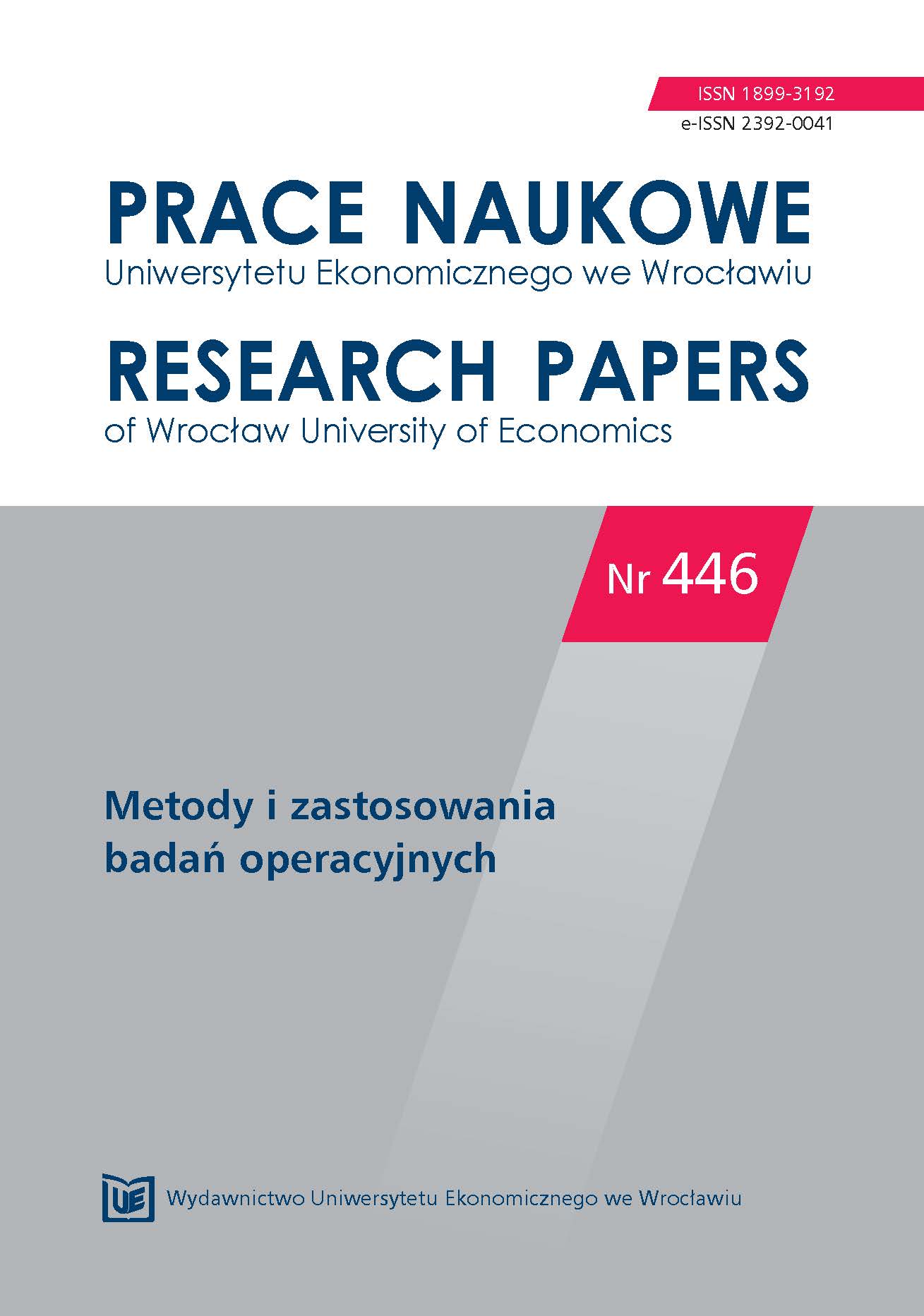 Summary/Abstract: The Omega ratio (Ω-ratio) was proposed by Shadwick and Keating in 2002 as a performance measure applied to rankings of assets, portfolios or funds. The original ratio was developed for decision making under risk (DMR), or decision making under uncertainty with known probabilities (DMUP), i.e. for situations where the probability distribution of particular scenarios is known. The literature reveals that a considerable number of extensions of the Ω-ratio have been suggested recently. Some of them are devoted to decision making with partial information (DMPI), which is characterized by probability distributions known incompletely, and to decision making under complete uncertainty (uncertainty with unknown probabilities) – DMCU. In this contribution, we refer to the maxΩmin decision rule worked out by E. Michalska and to the Omega(H+B) ratio developed by H. Gaspars- Wieloch. Both procedures use two criteria in order to select the optimal decision: the quotient and the difference between weighted profits and losses calculated on the basis of a reference point. The necessity of applying a double criterion is justified especially when weighted profits or losses related to some investments are equal to zero. Nevertheless, in this article, the authors recommend to use an additional, third criterion since in some specific decision situations the first two criteria may turn out to be insufficient. The third criterion enables one to better adjust the final solution to the decision maker’s nature.