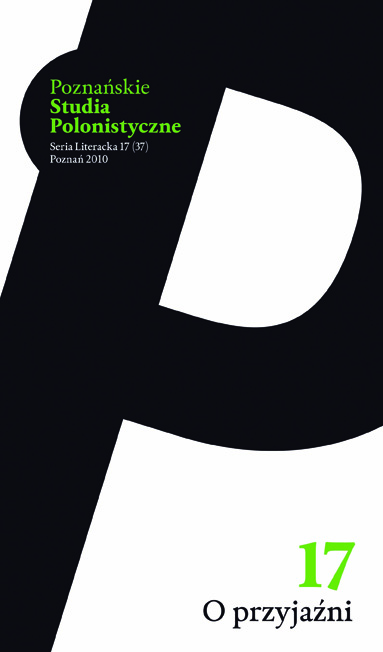 Summary/Abstract: The present article analyses the rough drafts of Zbigniew Herbert’s essay on Hendrik Avercamp — the seventeenth century Dutch landscape painter who specialized in winter landscapes and scenes with numerous tiny figures. The author attempts to reconstruct the compositional idea for the essay and establishes facts concerning the research work done by Herbert concerning the life and work of Avercamp, confronts the findings with the present state of research and considers the issue of the biographical dimension of the painter’s artistic output as one of the keys to solving the interpretative problems of his paintings and the artistic tradition that had influenced the shaping of the Avercamp idiom of paintings. Avercamp’s works are juxtaposed in the article with the landscapes painted by Pieter Bruegel the Elder to show the difference between the visions of the world represented by the two painters. Bruegel, in Herbert’s opinion, is bitter in his reflection on the subject of transiency of human existence. Avercamp, conversely, tends to have a cheerful outlook on life, the world and his compatriots. Avercamp’s paintings allow us to get to know winter customs of the Dutch, their winter outdoor games participated by all — hence a thesis posed by the poet underlying the democratic character of skating rinks. In doing so, Herbert proposes to scrutinize carefully Avercamp’s artistic output within the context of, defined after Schiller, the notion of naivety, understood as “the virtue of accepting reality with humility” adopted from the old masters.