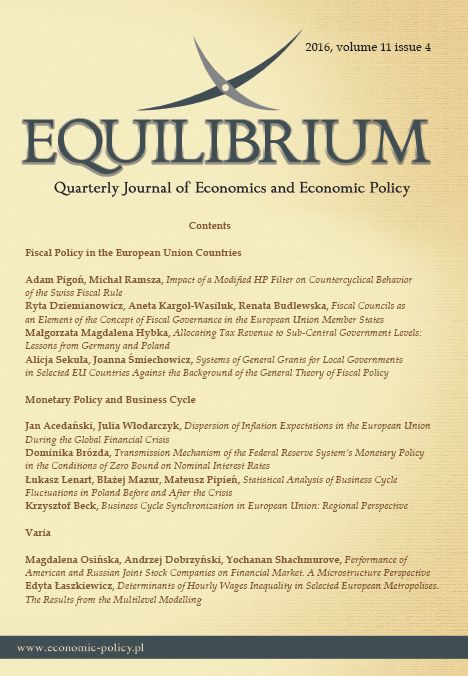 Summary/Abstract: Fiscal rules are an idea that has been getting more attention lately due to the recent economic crisis. Fiscal rules has been tested for many properties, including countercyclical behavior. The present paper focuses on the Swiss fiscal rule and investigates the impact of a modified HP filter, used in the rule, on countercyclical behavior of the rule. The paper uses real GDP time series for over a hundred countries and applies the rule to each time series in two variants, with a standard HP filter and a modified HP filter. For each result procyclicality indices are calculated. It is found that the modification of HP filter, used in the Swiss fiscal rule, increases countercyclical behavior of the rule.