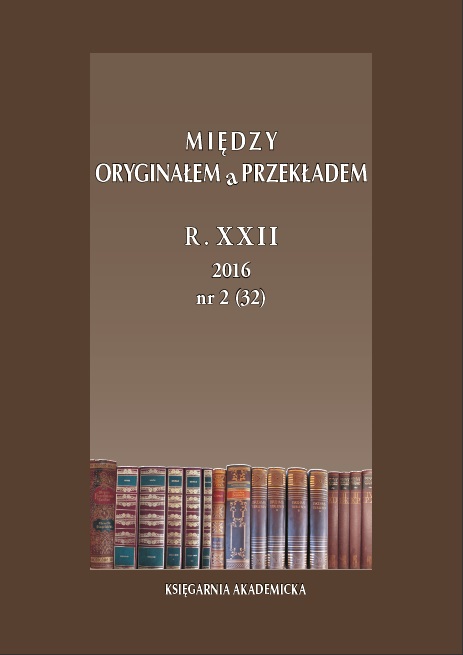 Summary/Abstract: Toponyms may be used as manifestations of present or past power or claims. This is often connected with different points of view of national historiographies. A translator may have to mediate between such different perspectives. The proposed model of onymic semantics is based on the Ogden & Richards semiotic triangle. A claim choronym is a choronym established by an official decision or by language usus in order to manifest an existing or a past rule over a given territory or in order to manifest a claim to it. The three types of c. ch. are: formal (a new name is made for an existing concept of a territory), conceptual (an existing name is used to designate a new or modified concept of a territory), and formal‑conceptual (a new name is given to a new concept of a territory). In translation the most similar reaction of a recipient to the choronym is to be achieved (according to the theory of translation by Olgierd Wojtasiewicz).