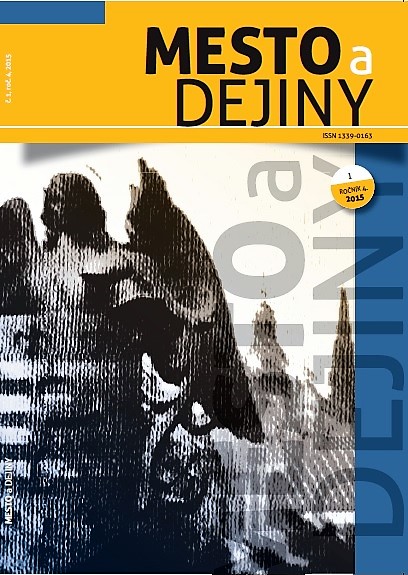 Summary/Abstract: The paper deals with complex problems in addressing the adverse housing situation of the Roma population in Košice. After World War II, part of the city known as the gypsy camp under Moldavská way found itself in an extremely exposed position at the entrance to the city. Arrival the amount of working class from rural areas with extensive construction and urbanization ratios further deepen. Numerous Roma growth was evident. Housing problems are addressed through an allocation of older apartments, phasing out the huts in the camp and ﬁ nally focusing on speciﬁ c Roma settlement. The idea of a separate settlement originated in the mid-60s, in 1970, the planned housing units was not built. Another intention of anticipated settlement was in the area Myslava with lower standard family houses. Because of the high costs the concept of prefabricated houses gallery type was born. The government in 1976 refused to deal with Roma housing in speciﬁ c neighbourhoods. Council city national committee nevertheless approved the construction of Luník IX without a speciﬁ c focus. The construction was carried out in late 1970s, several policies were processed recall procedure Roma families from the camp as well as the old city, according to various streets. In 1981 began the history of Luník IX, its ethnic ghettoization with disastrous consequences to the present.