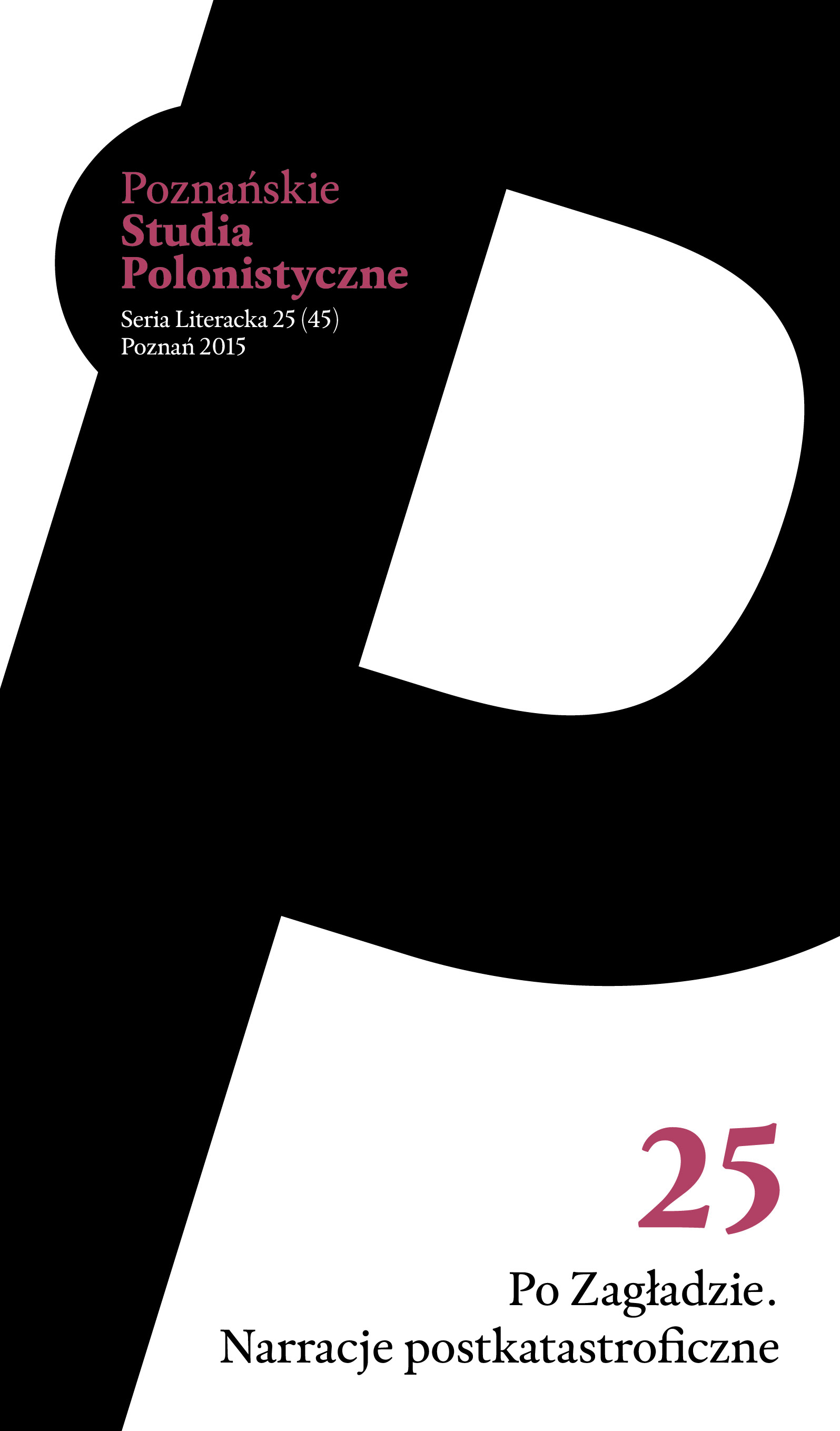 Summary/Abstract: The aim of the sketch Po Jedwabnem. Narodziny popularnej opowieści rozliczeniowej (“In the Wake of Jedwabne. The Start of a Popular Guilt Narrative”) is to discuss some literary phenomenon which was revealed several years after the publication of the book Neighbors (“Sąsiedzi”) by Jan Tomasz Gross, and may be treated as a reaction of literature (or more broadly: art) to the debate of historians, politicians, publicists and all other participants of the Polish social discourse, evoked by the mentioned book. The author terms this phenomenon post-Jedwabne narrations, including among them an extensive collection of almost twenty literary, theatrical and film productions, of which the article deals with Nasza klasa (“Our Class”) by Tadeusz Słobodzianek, Pingpongista (“Ping-Pong Player”) by Józef Hen and Łąkę umarłych (“Meadow of the Dead”) by Marcin Pilis. The social influence of these books and specific poetics based on modification of a narrative pattern adopted from Neigbors, is studied in the context of pop culture (as a discourse which is increasingly present in shaping the representation of the Holocaust), narratology (rhetorical models proposed by Hayden White) and comparative studies, referring it to the achievements of German-language guilt narrations, among others Der Vorleser (“The Reader”) by Bernhard Schlink and Nahe Jedenew (“Close to Jedenew”) by Kevin Vennemann. The author in her sketch is in the search for the sources of a new literary phenomenon which would testify to the involvement of art in negotiating the contemporary shape of history and at the same time, she asks to what extent this phenomenon absorbed the popular patterns of discussing history, including the ones which have been created by the West European Holocaust discourse.