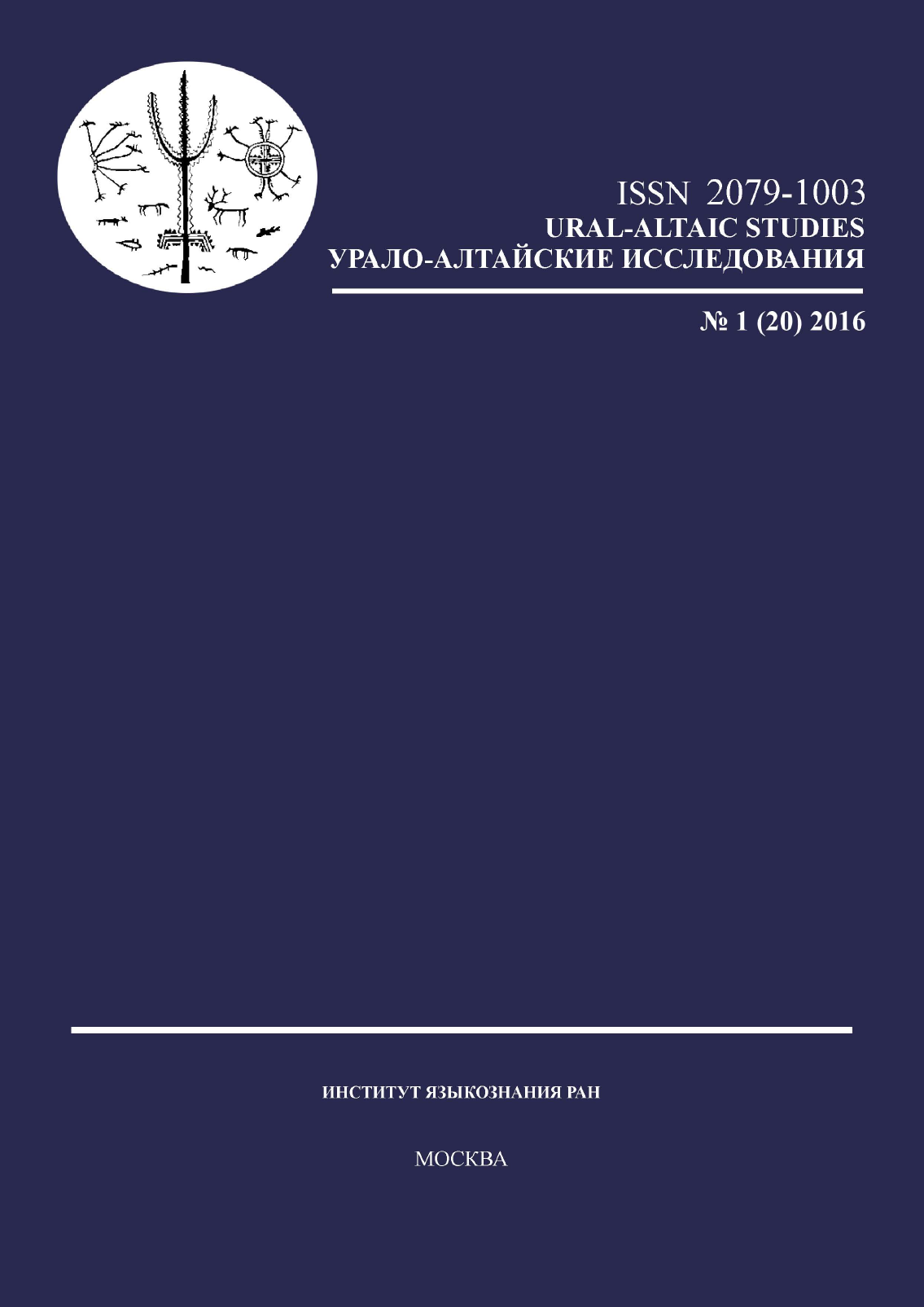 Summary/Abstract: In the article authors compile and analyse in detail the written sources in the Bashkir language of the late XIXth — early XXth century. The sources compiled use traditional Arabic graphic, its modifications for a more precise reflection of the Bashkir language phonetics, as well as Latin and Cyrillic graphic systems. These sources contribute to a more full understanding of the living informal Bashkir language. They reflect clearly the state of the Bashkir language in their time of writing, which makes them useful for language history studies. They also are of importance as monuments which played a large part in the history of develompent of Bashkir national writing and literary language.