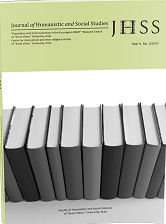 Summary/Abstract: English Victorian era was a period of a series of values and codes of social strict behavior that regulated in every detail the life and the social ranks. By its organization, its architecture, its administration, its role and its purpose, the Victorian house is a clear and complex example of Victorian mentality. On top, Victorian wives or so-called «Angels of the House» are sharp crests of the status of women in the 19th century England, their existence and their daily responsibilities on life, religion, family, sexuality and distinction of classes. The approach of this book is, therefore, to the portrait of the Victorian middleclass woman, first by the description of her house, then by the analysis of its significant economic and political role and responsibilities, not only at home, in her relationship with her husband, her children and staff, but also on the social scene in industrial cities and changing out of his private domain.