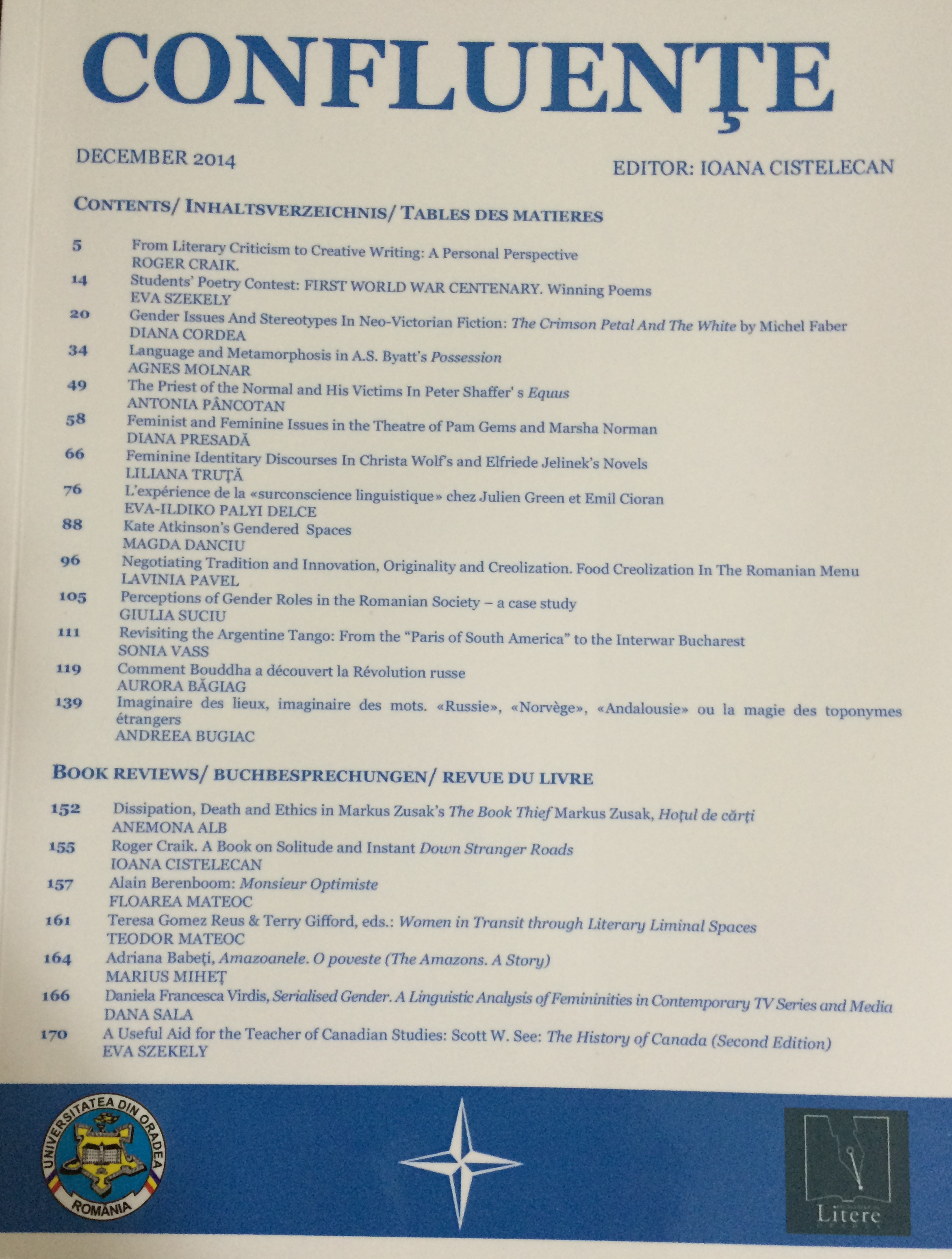 Summary/Abstract: The purpose of this article is to highlight issues connected to feminism and female emancipation, as represented in contemporary Neo-Victorian fiction. By emerging into the complex plot of Michel Faber’s 2002 novel »The Crimson Petal and the White«, we intend to try to re-live and get a better understanding of the tumultuous nineteenth century in Britain, an epoch of massive social changes and intense debate over what was then called the Woman Question. The great gap and differences between the central feminine figures in the novel, Agnes and Sugar, express, in our opinion, the outstanding progress of women’s status throughout the Victorian era, from uncultivated, submissive housewives, to new, strong-headed and educated individuals who fight for their rights and liberties with sometimes more logic and perseverance than their male counterparts. Last but not least, the character of Sugar is a living myth breaker who proves that women are neither angels, nor monsters, but human souls which struggle to live in a society which desperately needs to learn to forgive, to accept, and to adapt.