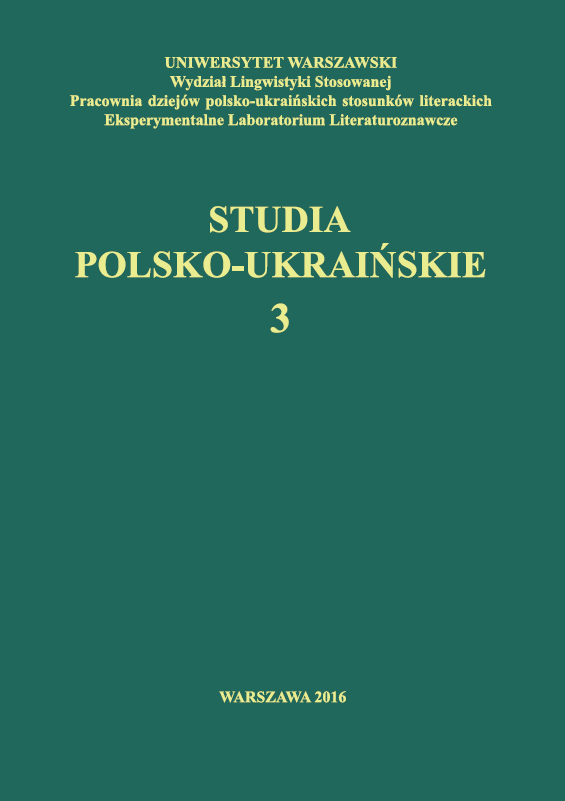 Summary/Abstract: The article deals with a stereotypical perception of Lesya Ukrainka drama Blue Rose as an experimental and somewhat incomplete work. The main thesis of the text is: the drama fits into the context of European dramaturgy of the late 19th – early 20th century and is consonant with the aesthetic searches of symbolists. The author analyses the motive of hereditary insanity, psychology drama, including fears of the protagonist, autobiography of work, and makes a comparison between interpretations of love themes in Lesya Ukrainka and Dante, and in Lesya Ukrainka and Russian symbolists (A. Blok, A. Bely). The basis for drama philosophy of two worlds was made through the establishment of platonic love doomed to end in tragedy in an imperfect world. The activation of a Middle Ages discourse allowed Lesya Ukrainka to do all the artistic discoveries, which later become the basis for the formation of symbolist theatre.