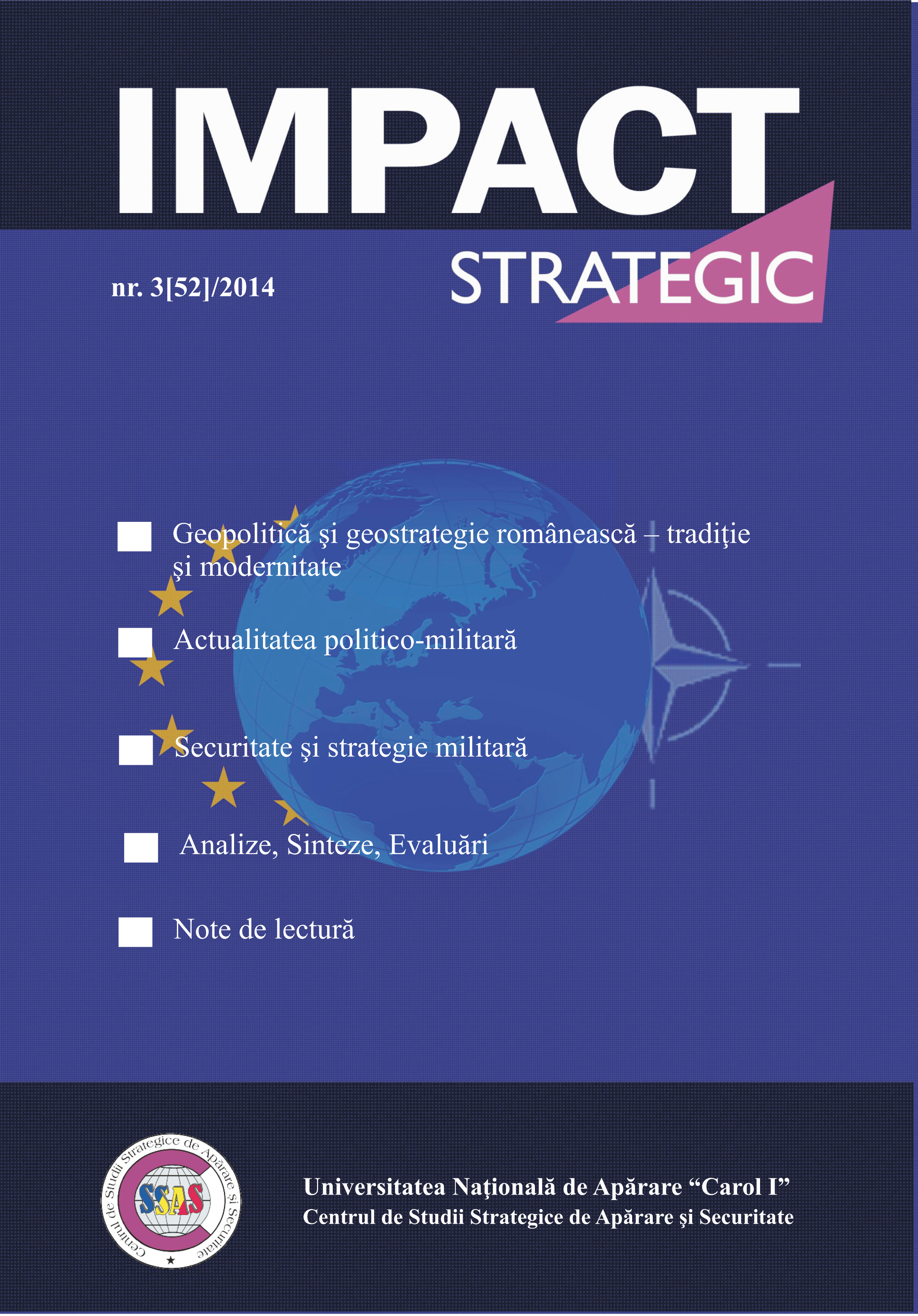 Summary/Abstract: The end of 2014 was the term established by NATO for fully taking over from ISAF the responsibility for Afghanistan’s national security by the Afghan Security Forces. However, the security environment of Afghanistan still carries the mark of the three decades of conflicts; therefore the mission of the Afghan National Security Forces is an extremely difficult one, marked by numerous challenges.Starting from the programmatic documents of the Afghanistan Islamic Republic (IR) and consulting the recent analyses on this state’s security, the present paper represents a radiography of the Afghan security environment main characteristics. Therefore, the presented aspects are related to defining the national interests, but also to the current evolutions and trends regarding the security threats, either of internal or external nature, or against human security. The analysis reflects the urgent necessity of continuing the engagement of the international community, in a renewed formula, adapted to the new context, to contribute to the peace and stability of the state governed by Kabul.