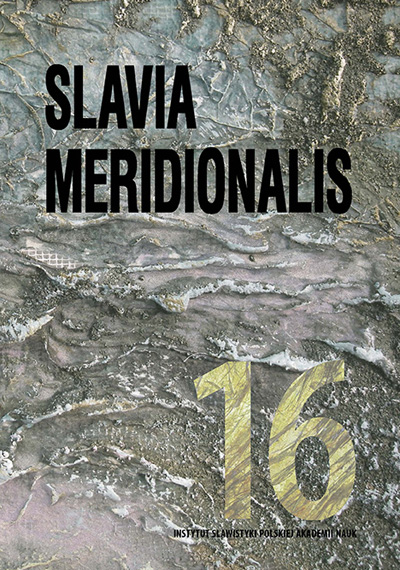 Summary/Abstract: The author argues that the translation of Oratio II contra Arianos (MS 968 of the Pogodin Collection, National Library, St. Petersburg), attributed to Konstantin of Preslav, has been subject of two re-editions. The first Preslav translation of Orationes I–III is based on a Greek manuscript mainly belonging to the so-called x tradition with scattered features of the RSP tradition. In the first re-edition the editors did away with Konstantin of Preslav’s lexical innovations and unified the terminology. The second re-edition of Oratio II was prepared in accordance with a Greek manuscript falling strictly within the x tradition, without any RSP variants. Oratio III in MS 968 has not been re-edited by the last editor and has preserved the features of Konstantin’s original free translation. This points to a Greek protograph that must have had features of both the x and the RSP tradition. Closest to the Slavonic protograph of Oratio II and III is the Greek manuscript Atheniensis (gr. 428, tenth century). Some alternative readings are attested only in MS 968 and the Greek manuscripts Patmiacus 4 (tenth-eleventh century) and Patmiacus A3 (eleventh century). It is further argued that the quotations from Athanasius of Alexandria’s Oratio II in the Slavonic translation of Euthymius Zigabenos’s Panoplia Dogmatica in manuscript HM.SMS.186 of the Hilandar Research Library (Ohio State University) support the author’s hypothesis about the existence of two different translations of Oratio II: a verbatim translation in Pogodin 968 and a free translation in HM.SMS.186. Both translators must have used a Greek copy of Athanasius that corresponds to the x tradition.