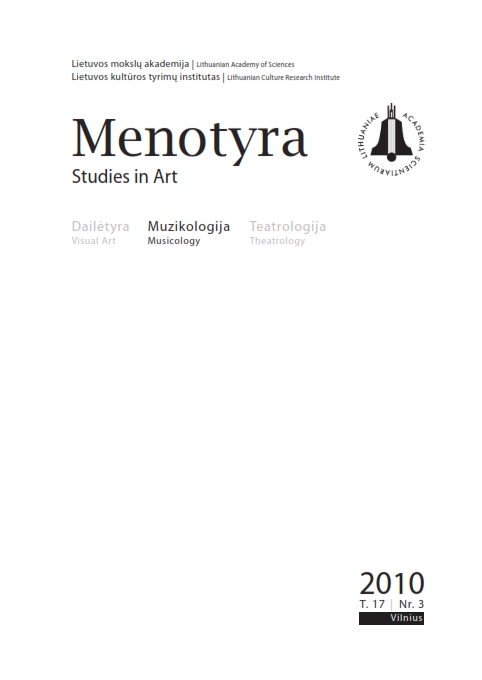 Summary/Abstract: Modifications of Romanticism and French organ symphonism inspired the renewal of organ music genres. One of such novelties, related both to impressionism and religious meditation, is organ vision, a phenomenon of reflection of infinity and static drama composition, originating also in the synthesis of music and art forms of M. K. Čiurlionis. The vision of arts inspired by him revealed itself in abundant sacral music cycles of O. Messiaen (“Visions de l’Amen”, 1943). “Vision of the Eternal Church” (1928) by Messiaen became the prototype of the vision of a new form of organ creation. The first musical visions in Lithuania were created by Vytautas Bacevičius. His organ creation displayed a lot of new impressionist and expressionist dimensions in the compositions of 1934. The organ vision still strengthened its role in the Baltic sacral minimalism of the 20th century (B. Kutavičius, A. Pärt), partly as a metaphor of religious music which was prohibited in the years of the Soviet occupation (1945–1990), partly as an inspiration of the historical memory that predetermined the national resurrection and defining the path of the state as a historical vision. The organ vision as the reflection of post-totalitarian hymns, i. e. the Apocalypse and post-civilization super-temporality, also became topical at the new turn of the century.