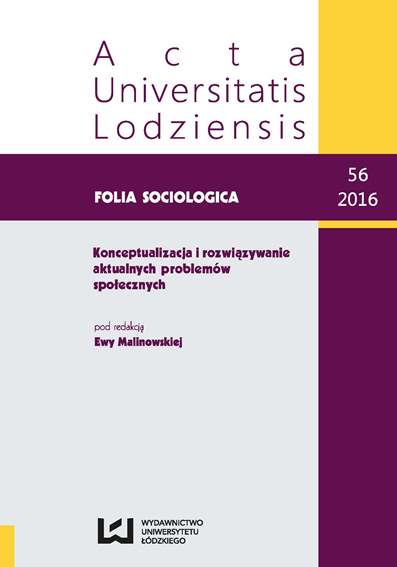 Summary/Abstract: The social policy became formed on background of deep system-changes, which took place in Poland at the beginning 1990s. The deepening political and economic crisis, open social conflict brought to breakup of political system and the beginning of system-transformation. The conversion from socialist system to capitalistic market system caused radical changes in all structures of the state. Necessary was the reorganization political, economic and social system of the country level: managements with institutions, the organization of rules of the activity of the economy and also inside-social relations. Instead the accessional period before the membership in the European Union is the transformation targeting: the economic homoeostasis of the home economy, the execution of transformations in the sphere legally – institutional and linking of the cooperation economic and political with states of Westerly Europe. The cumulation of different political, economic and social factors determined the direction of the process transformation and modernization in Poland, but also formed new conceptions of assignments and aims of the social policy. Now, the question is: how much following modernization processes they changed the social policy realized in Poland, leaving from the socialist model and arriving at the European Social Model.