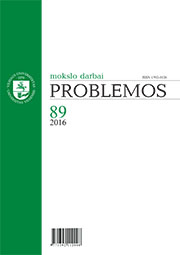 Summary/Abstract: This article discusses the influence of Marx’s labour theory for contemporary social thought. While his conceptions of machine work, formal and real subsumption influenced the mainstream of class struggle in the 20th century, his theoretical framework was recently refreshed both by poststructuralist and Italian autonomist authors, who discuss Marxian conception of general intellect. It is difficult to argue about general intellect and its liberation from capitalist relations while having in mind the condition of contemporary labour power in the contemporary stage of capitalist production, which autonomists define as social factory and which is based on immaterial labour and precarity. However, an alliance between the living labour (or multitude) and technologies which embody the power of capital must be based on the will of this labour power (or forces) to get rid of capitalist relations. General intellect itself can be created only along with the strategies of resistance against exploitation. Finally, the perspective of general intellect allows to argue about building communist society within the capitalist empire and to change the dialectical Marxist revolutionary paradigm with the non-dialectical paradigm of liberation and heterogenization of social forces. However, is only possible to do it by gradually removing the chains of capitalist relations and developing mutual relationship of free singularities. Therefore it is worthwhile to argue about the individual and collective singularities, their environment and the new subjectivities that they would create.