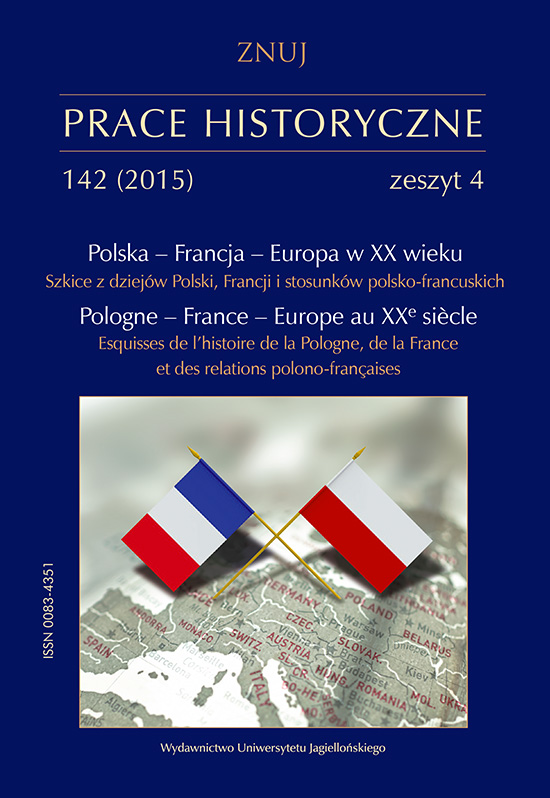 Summary/Abstract: During the Second World War, the underground Polish organizations in France divided into those which acknowledged the authority of the Polish government-in-exile in London and those of pro-communist orientation. After the fall of France in 1940, the “language-speaking groups” of Polish communists in the Main-d’Œuvre immigrée became active, initially within the occupied France. A critical moment for the communist resistance in France was the German aggression on the Soviet Union in June 1941. In 1943, the French communists’ accession to the Conseil National de la Résistance coincided with the hitherto internationalist poetics being replaced with patriotic slogans also among the Polish communists. In April 1944, the Polish Committee of National Liberation in France was formed. In northern France most of the Polish immigrants identified themselves with the Polish government-in-exile in London. The communist influence was visible among the Polish workers in southern France, and it was the biggest in Paris and the whole pre-war Paris consular district.