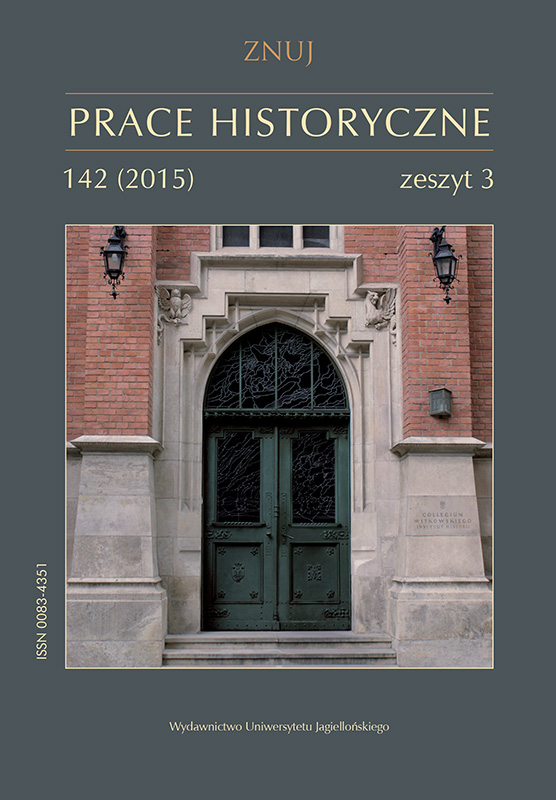 Summary/Abstract: In 1378 Metropolitan Alexis, who was residing in Moscow, died. Even though nominated in 1354 head of the entire Russian Orthodox world, during the years of his ministry he had to challenge plans of creating separate metropolises in Lithuanian Russia and Galitian Rus’. In the course of indefatigable plans of Algirdas, the Grand Duke of Lithuania, in 1375 Philotheos Patriarch, for the Lithuanian part of the Rus’ metropolis, appointed Cyprian as a close collaborator to Alexis. According to Philotheos’s idea, after Alexis’s death, Cyprian was to extend his jurisdiction over Moscow. Such a decision provoked indignation there and brought the idea of nominating another candidate for the metropolitan throne. Prince Dmitry Ivanovich forced the candidacy of Mitya. The rejection of the Patriarch’s favorite in Moscow started a period of “church’s confusion” in the Russian Orthodoxy. In this article the author analyses Alexis’s attitude towards his own succession. It is widely known that he pictured Sergius of Radonezh in this role. This alone testifies that the Metropolitan did not intend to respect the Patriarch’s decision, and further, despite the lack of clarity of the sources, it cannot be ruled out that he also more or less supported Mitya for some time.