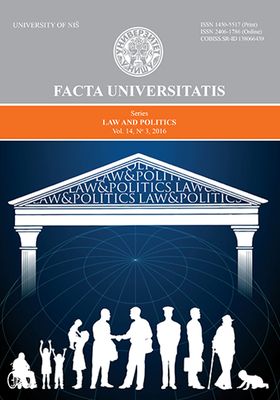 Summary/Abstract: It is obvious that the Western democracies’ war on global terror will be long and hard. Internal security forces simply do not have the capacities and capabilities to deal with the new kind of terrorism, which is yet to use military tactics and urban guerrilla warfare. Recent developments in Paris, France, can be seen as the beginning of a new paradigm in European security. Whereas thus far the European militaries have acted outside their countries, now the governments are reconsidering the possibility of their active involvement in the domestic security. In certain circumstances and political climate, the effects of using the military are positive, but it may have a harmful effect in adverse political and social conditions. If applied in certain circumstances and conditions in a given society, it can have negative consequences on further internal political relations because it can limit the rights and freedoms of the citizens, it can cause an escalation of the conflict, and even encourage a new generation of terrorists. This paper reevaluates the consequences of deploying the militaries in the fight against terrorism and its effects on the military, the terrorists and the civilian population. There has always been a balance between freedom and security but, if Western democracies begin to militarize their politics, it means that the terrorists are slowly achieving their goal.