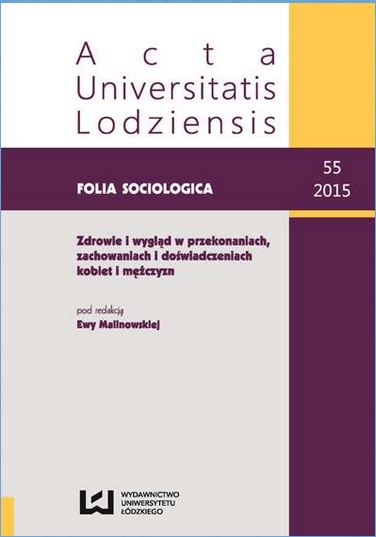 Summary/Abstract: The purpose of this paper is to review theory and empirical research concerned with the problem of social and subjective body image among the elderly. There is a common perception among the public that age reduces attractiveness and older people tend to be stereotyped as “ugly”. Given the challenges of aging, older individuals strive to maintain positive evaluation of their physical selves both in domain of appearance and health. As newer cohorts of “over sixties” replace older cohorts, changes have become embodied in through increased levels of discretionary spending, greater levels of physical activity, more attention to diet and fitness regimes, more frequent recourse to cosmetic and rejuvenative technologies. The analysis has shown that there is a social stigma around the effects of the natural ageing process. Obsession with a youthful and beautiful appearance has become commonplace in modern western society and has resulted in procedures trying to reverse the aging process. The need for aeastheticization of bodies and media fixation on beauty functions as censorship of old age in the physical realm. Special attention was given the gender-related differences in aging. As there are examples of men presented in mass culture who were “allowed” to get old, in the case of women it is obligatory to be “forever young”.